Ireland is a land of ancient myths and tall tales. While the art of storytelling on the Emerald Isle stretches back centuries, it is widely known that some yarns are indeed fact over fiction. As for other tales, we may never be sure.

Oftentimes Ireland is associated with pints of creamy Guinness and traditional music, but did you know it is also a hotbed for supernatural activity?

Here are five spooky ghost stories from the west coast of Ireland.

5. Virgin Mary on the move

Once an extremely religious land, Ireland is still home to a plethora of churches and cathedrals, pious icons, and heavenly statues. With that being said, the Virgin Mary is a popular sight indeed.

Nevertheless, she is rarely witnessed to be more than a mere statue. In 1985, however, an ex-police officer experienced the unimaginable: the Virgin Mary come to life.

One night in Ballinspittle, a rural village in County Cork, a former sergeant saw a statue of the Virgin Mary rise and levitate in the church’s confines.

Shocked and in awe, the witness stared. After returning the following day to inspect the integrity of the statue, he was convinced: he did not imagine it. As word spread across the village and to the surrounding townships, more reports began to emerge of the same nature.

A phenomenon then swept the country as reports of Virgin Mary statues that were appearing to move as if by magic spread throughout 1985. Although the authenticity of these claims remains disputed, a large number of people still claim the Ballingspittle Virgin Mary has powers.

It is said that supernatural forces create ties and bonds with places and things. In most instances, this is a home or an old place of residence. In this case, it was an antique fireplace.

Sometime during the 20th century, it is said a stoneworker in Athenry, County Galway, was working on the once affluent Dunsandle House. Over the course of the project, he grew rather fond of the fireplace, and on completing the job, he dismantled it and brought it back to his own workshop.

Soon, however, he learned that the ghosts that are said to have haunted this broken-down mansion had followed him by means of the fireplace. Before long, strange events began to take place. The eerie sound of a fiddle playing could be heard at nightfall. Objects would fly. Damage was done.

It became clear that supernatural forces were attached to the stately fireplace that once warmed the great house of Dunsandle. After disposing of the fireplace, it is believed the stoneworker was rid of his paranormal guest.

Although it may sound like something from a science fiction novel, sightings of ghost islands are not uncommon. This is when a phantom island appears in the distance. Upon closer examination, however, the island or landmass would miraculously disappear!

Reports like such have popped up all over the island of Ireland, including Ballyheigue Strand, Carrigaholt, and Ballyinalearne Bay. Places in Scotland have also listed reports of a similar nature.

The most famous sighting of such a nature was in the town of Ballycotton in 1878. This story gains grounding, as the event was witnessed by many townspeople and local fisherman.

The report tells of a new island that miraculously appeared overnight, as if by magic. After the mainland locals observed the landmass for some time, its authenticity became apparent.

Baffled, a small team of fisherman decided to attempt to reach the island. However, on approach, the island disappeared into thin air. Still to this day the legend of the Ballycotton phantom island lives on as one of the spookiest ghost stories from the west coast of Ireland.

In most cases, reports of such are scratched off as optical illusions or mirages, although as per ancient Irish folklore, a mythical island named Hy-Brasil lives off the west coast of Ireland. Although it is invisible to the naked eye, once every seven years it becomes observable from the mainland.

Indeed the concept of an ancient mythical beast is as old as the hills, but this spooky Irish legend is definitely not one you would want to come in contact with.

The monster, named Dobhar-chú (meaning “water hound” in the Irish language), feasts on human flesh and is most commonly spotted off the west coast of Ireland.

It is said that the monster is around seven feet long and looks like a mutated species resembling a dog and an otter. Dobhar-chú is also said to be equally as savvy on land and water, making humans easy prey. Reports imply that it has a blood-curdling screech that is certain to haunt you for the rest of your days.

One of the most chilling reports dates back to 24 September 1722. It is said Grainne Ni Conalai was washing clothes along the shoreline of Glenade Lake in County Leitrim when she was attacked.

Although her husband came to her calls as fast as he could, she lost her life. Her headstone, which depicts the horrendous scene of the attack, lies in the nearby Conwall cemetery in Glendale.

Sightings of these dangerous mythical monsters have been reported as recently as 2003 off Connemara.

While the aforementioned ghost stories from the west coast of Ireland are no doubt spooky, this next one certainly wins out, as it happened only in 2010.

After a young family settled into a new home in Cork’s Hollywood Estate, they soon realised they were not alone. Noises came in the night, objects would move as if by a phantom guest, and religious paraphernalia would be damaged. Even the son was thrown from his bed by an invisible force.

The council home quickly became a major attraction for those keen to witness supernatural events, and neighbours and others were able to experience paranormal activity first-hand too.

Eventually, the family moved from the home after events became violent and too dangerous to risk. The house is considered today the most modern-day haunted place in Cork city. 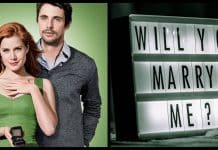 Leap Day proposals: The story behind the Leap Year tradition in Ireland 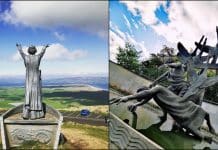 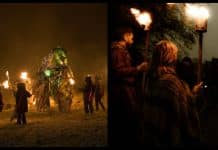 A fascinating look at the ancient Irish calendar: festivals, traditions, and more