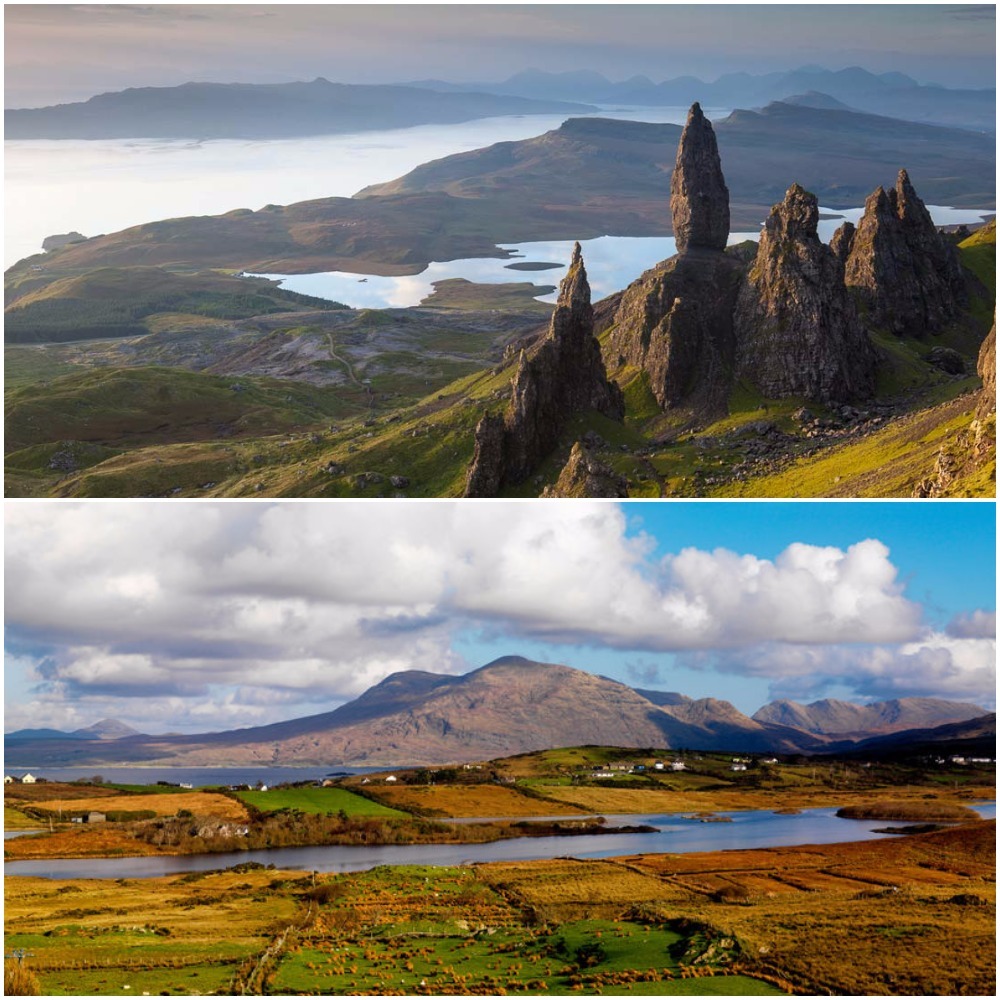 Separated at their narrowest point by only 19 km (12 miles), Ireland and Scotland have links that go beyond geographic proximity. Since ancient times, they have shared a Celtic culture and a (how should we put it?) ambiguous relationship with their English neighbours. Here are just 5 reasons why Ireland and Scotland should be considered sister nations. 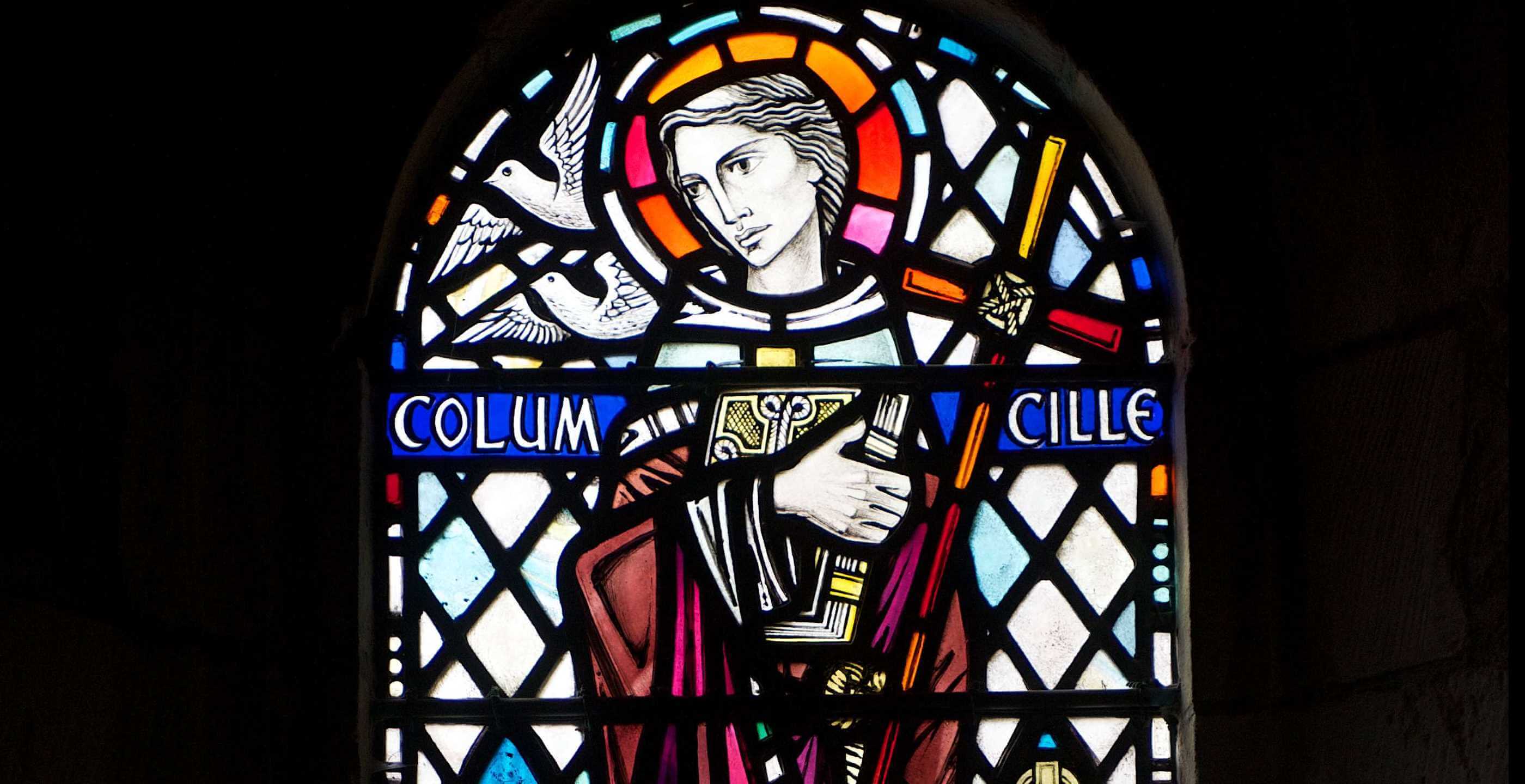 The historical links go back a long way. In the early Middle Ages, the Irish Saint Columba set up a monastery on the Scottish island of Iona, and the Dál Riata Kingdom included both Western Scotland and Northeast Ireland. Somewhat later, Scottish mercenary warriors known as Gallowglasses were employed by Irish chieftains and feared by anyone who came across them.

In the 17th century, thousands of Scots settled in Ulster, where they impacted the culture and even the accent! Irish immigrants also moved to Scotland in large numbers. Some of this work was seasonal, such as the “tattie hookers” who came to Scotland for the potato harvest. But there were also more permanent settlements, as can be seen by many of the Irish surnames around the Glasgow area. 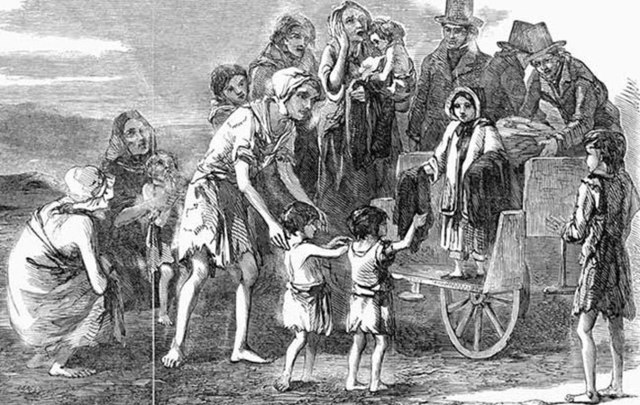 Ireland and Scotland also share some of the more tragic aspects of history. In the 19th century, the Highland Clearances dispossessed thousands of Scots and forced them to leave their homes. In the same century, the Great Famine killed a million Irish and sent a million more across the sea to seek better lives. Millions of people worldwide can trace their descendants back to these tough Irish and Scottish survivors. 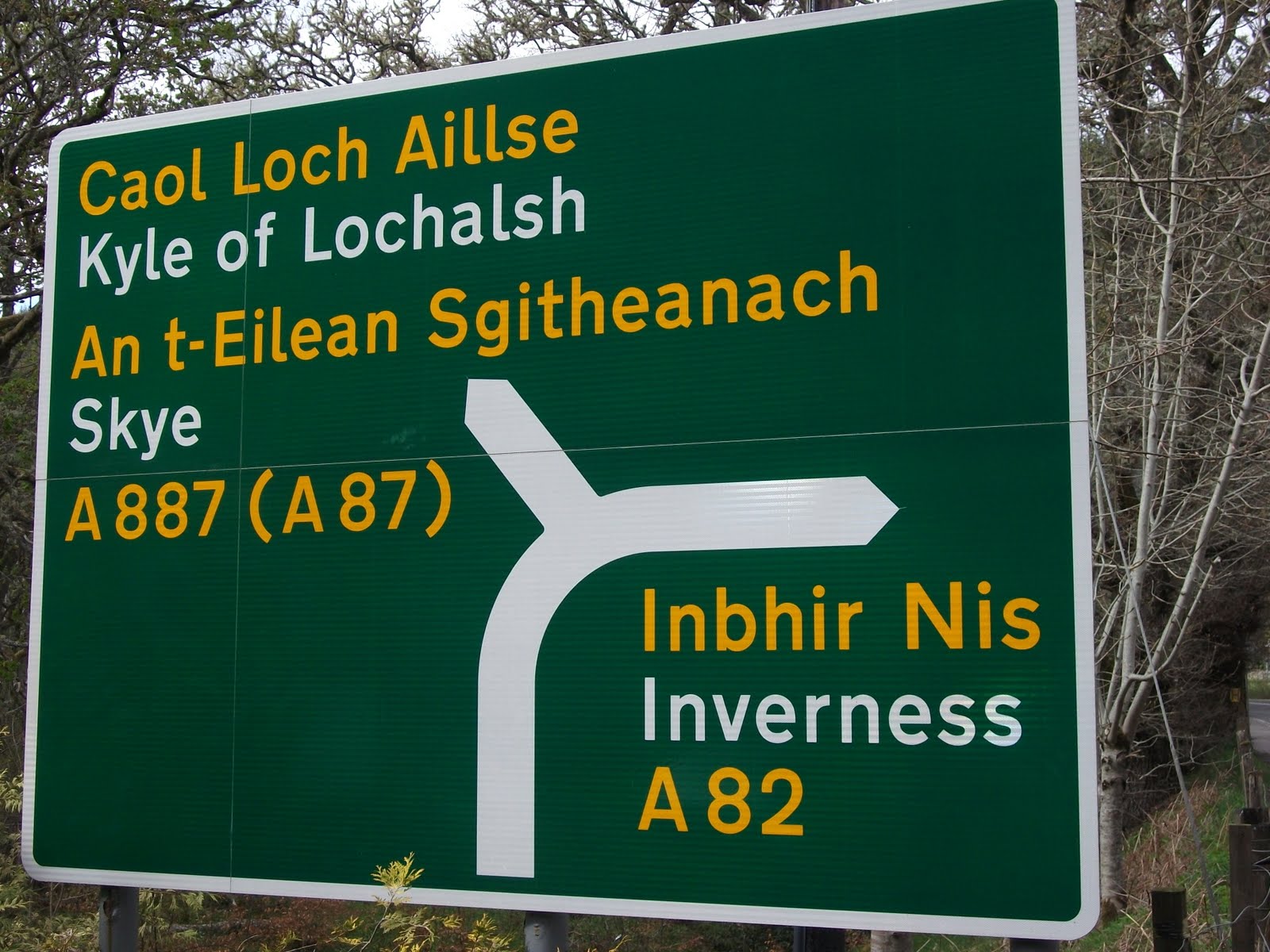 If you travel around Ireland and Scotland, you’ll notice a similarity in some of the placenames. Places like Kilmarnock, Ballachulish, Drumore, and Carrickfergus might come from either country. This is because there is a shared root between the native languages of Ireland (Irish) and the Scottish Highlands (Scots Gaelic). Both are part of the Goidelic family of languages, which come from the Celts who settled in both Ireland and Scotland. Although the languages diverged from each other, they have enough similarities that a speaker of one might make a good guess at the other. 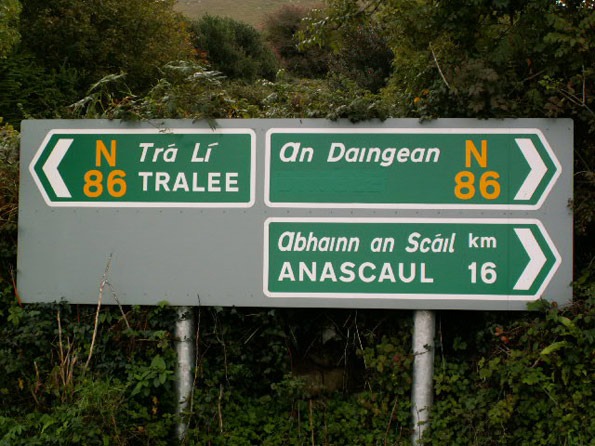 If you only learn one word, it should be sláinte, which is the same in both languages. It’s the equivalent of “cheers!”, pronounced “slawn-cha” and meaning “to your health”. 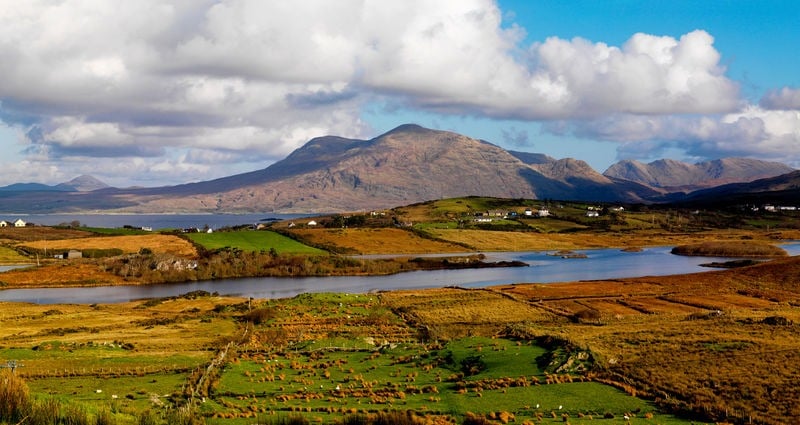 Ireland has a variety of stunningly scenic locations: The Ring of Kerry, the Wicklow Mountains, Connemara, the Cliffs of Moher, Achill Island, Donegal, Skellig Michael. But Scotland also has its fair share of breathtaking vistas: Glencoe, Loch Ness, the Cairngorms, Eilean Donan, Orkney, the Isle of Skye.

Ireland has the “Wild Atlantic Way”, a 2500 km (1553 mile) driving route along its west coast. Scotland has the North Coast 500, a round trip of 500 miles (cue the Proclaimers song). Both are composed of twisting roads, sometimes single-track, often hair-raising. But both will reward you with some of the most beautiful locations in the world. 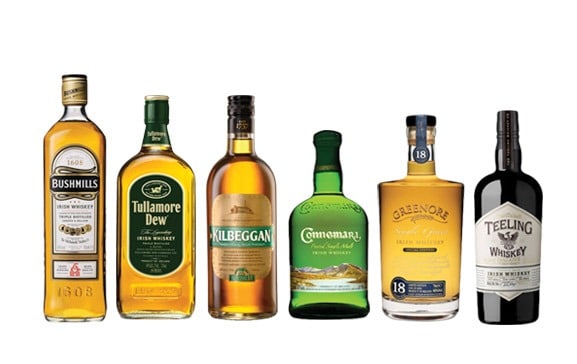 Whatever way you spell it, the “juice of the barley” has a long tradition in both Ireland and Scotland. Whiskey (with an e) was probably first distilled by Irish monks; there are records from the 15th century for the drink known as uisce beatha (Irish) or uisge beatha (Scots Gaelic), meaning “water of life”. Old Bushmills in County Antrim was granted the first ever distillery license in 1608, although many an unlicensed still was producing poitín for a long time after that. Today Irish whiskey brands such as Jameson and Tullamore Dew are known worldwide.

The oldest mention of Scotch whisky (without an e) is from 1495 when King James IV gave an order to Lindores Abbey for 1500 bottles of the stuff. Distillation, both legal and illegal, continued to grow in the following centuries. Today Scotland boasts over 80 distilleries — eight of these on the tiny island of Islay!

Scotch is typically distilled twice and uses peat-smoked barley, while Irish whiskey is normally distilled three times and uses kiln-dried barley; this gives Scotch a “smokier” taste and Irish whiskey a “smoother” taste. Which is better? Well, you’ll have to try both so you can judge for yourself. 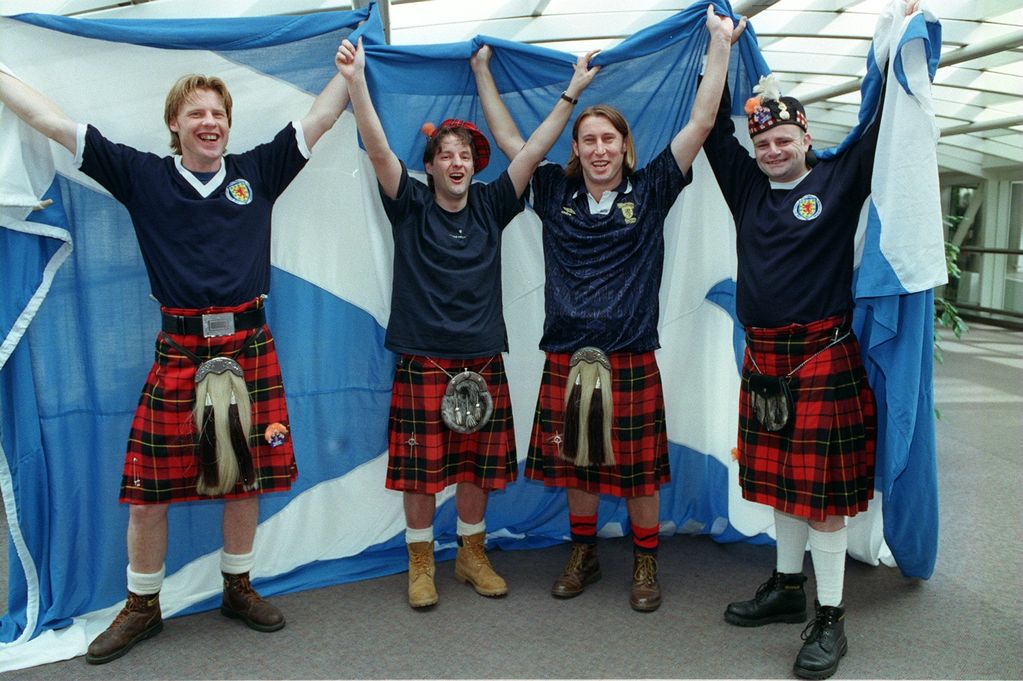 The Scottish and the Irish share a certain attitude to life that is, let’s say, special. Maybe it’s because of the shared history and culture, or the similarities of climate and landscape, or having the same love-hate relationship with our mutual neighbour. But the national characteristics are certainly sympathetic to each other.

So what is that attitude? At the risk of generalizing, you’ll find that neither the Irish nor the Scots take life too seriously. They share a dry and occasionally black sense of humour. “Aye right” (Scottish) and “Yeah sure” (Irish) meant the same thing, which is the opposite of what they appear to mean. They charm visitors with friendliness and hospitality, but you’ll know you’re really accepted when they start “slagging” (making fun of) you. 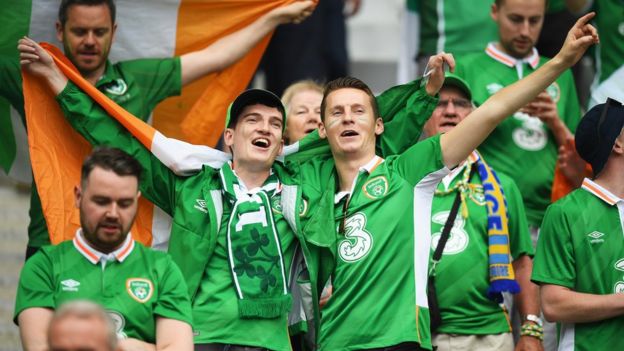 This shared attitude can perhaps be best seen when Ireland and Scotland meet in sport fixtures, particularly soccer or rugby. Good humour and friendship blossoms whenever the “Green Army” meets the “Tartan Army” at home or abroad.