Whether you are a regular ‘birder’ or merely a keen walker looking to immerse yourself in nature, we recommend these five amazing places for birdwatching in Ireland.

Birdwatching in Ireland is a popular activity. Also known as ‘birding’, the hobby consists of the observation of such wildlife in their natural habitat or during migration season.

Birding is suitable for all – no matter your knowledge or experience. From pintails to plovers and blackcaps to black-backeds, the Emerald Isle is a great place to spot a range of rare and every-day species.

Check out our top picks of five amazing places for birdwatching in Ireland.

Alongside being home to Northern Ireland’s only pair of breeding chough and corncrake, Rathlin Island hosts the country’s largest seabird colony. With its stunning surrounding panoramic coastal views, this RSPB Seabird Centre is the best place for rare sightings (such as lesser scaup and ring-necked duck)-with different species reported to appear at varying times throughout the year.

Upon its numerous cliffs, lakes, and areas of grassland, birdwatchers can observe puffins, guillemots, razorbills, fulmars and kittiwakes during the summertime, as well as several predators including buzzards, ravens, peregrine falcons, and skuas.

Founded in 1959, the bird observatory on Cape Clear Island not only offers birdwatchers a place to observe, but also education in the form of courses that are held throughout the year (covering everything from ecology to seawatching).

Great for spotting rarities, Cape Clear Bird Observatory is said to be the best place in Europe to see Cory’s shearwaters and sooty shearwaters (Southern hemisphere), and Wilson’s petrels (mid-Atlantic).

Famous for its woodland walks, reed beds, salt marshes, and tidal lagoons, the Castle Espie Wetland Centre is located on the shores of Strangford Lough. An area of international importance, it has been known to attract a variety of wildfowl such as shovelers, godwits, redshanks, plovers, and shelducks.

With a birdwatching morning on the last Wednesday of every month at 10:30 am where visitors are joined by resident experts who share their knowledge of local wildlife, the Castle Espie Wetland Centre is one of our favourite places for birdwatching in Ireland.

North Bull Island, the first official bird sanctuary in the country (1930s) and an acknowledged UNESCO Biosphere Reserve (1981), is internationally recognised for its bird population with thousands arriving each year – no matter the season.

During the winter months, many birds arrive from Europe and North America (especially the Arctic region), and in the summer the sighting of many African birds have been reported. Other sightings include pintails, light-bellied brent geese, red-breasted mergansers, ringed plovers, snow buntings, sanderlings, short-eared owls, and more.

One of its hides, Kinnego Hide, is a wood chalet kitted out with large observatory windows and various folding chairs where watchers have been known to spot the likes of the pochard from Estonia, tufted duck from Iceland and, during the winter months, whooper swans.

For its views, variety of observation spots, and wide array of different species, Lough Neagh Discovery Centre tops our list of amazing places for birdwatching in Ireland.

So whether you are looking to get up close and personal at an observatory or just curious as to where to go to see rare species during the winter months, there are a wide number of amazing places for birdwatching in Ireland to choose from.

Brittas Bay: when to visit, wild swimming, and things to know

4 Irish sports stars at the top of their game 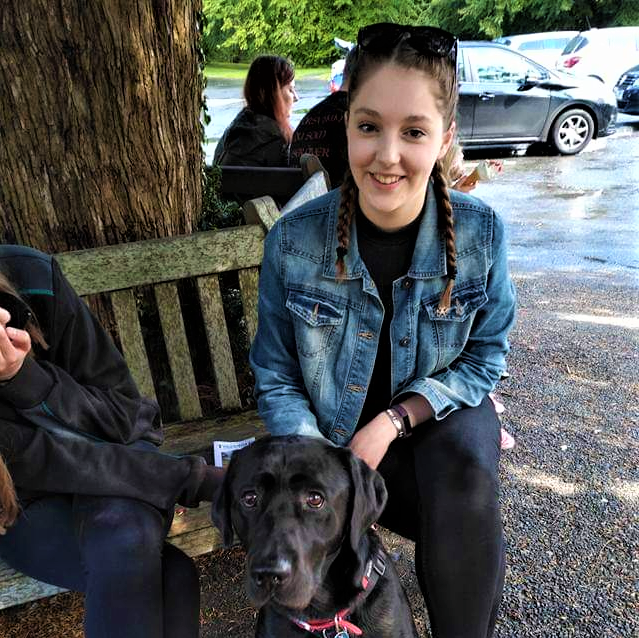 Rebekah Humphries is a writer and blogger hailing from Carrickfergus, County Antrim. Having graduated from The Open University with a Bachelor's Degree in English Literature and Creative Writing, she hopes to utilise her passion for writing to help showcase the best that Ireland has to offer. In her free time, you are likely to find her drinking tea with a book in hand, spending time with her black lab, or cheering on her local ice-hockey team, the Belfast Giants.
All Posts by Author