The Best Comedy Clubs & Nights Galway has to offer.

As the leading city of culture in Ireland – it is, in fact, the European City of Culture in 2020 – it is pretty safe to say, Galway has a dynamic energy.

Whether you’re looking to brush shoulders with the locals at the pub, have a night out on the razz, check out some live music or see world-class art, this city has it all.

Not to mention its comedy circuit which is growing to become one of the best in the Emerald Isle.

Check out our top places to catch a show when in the city of Galway.

Although not a weekly occurrence, Monroe’s do host a comedy night on occasion and it is deemed to be one of the funniest in the whole of Galway city!

The place itself it is considered to be one of the leading live music and entertainment venues around, so it only seems fitting.

Check out its website for upcoming events or follow it on Facebook to be in the know; next time comedy night comes around, it won’t be one to miss. 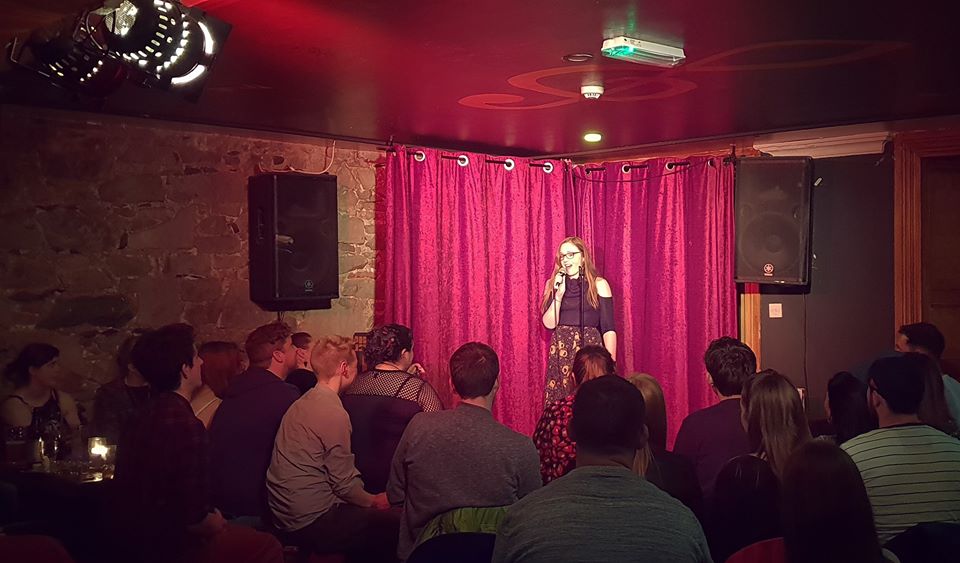 Want a real dose of laughter (nature’s medicine some may say), then look no further than the National University of Ireland Galway’s Comedy Soc.

Now they may be only college kids, but these lot know how to work a stage, and they seem to have a right knack at giving the giggles to an entire audience.

Not only do they run and promote some of the best stand-up in Galway city, but they also offer free workshops for those looking to break the ice on the comedy circuit.

Follow them on Facebook and other social outlets to keep up to date with their upcoming shows; you can thank us later!

When: various dates @ various times
Where: various locations, Galway
How Much: free / varies

Feeling a bit bluesy after the weekend, and Friday feels just too far away?

We got you covered: the weekly comedy session at Róisín Dubh is bound to put a bit of pep back in your step, and get you laughing all night long.

Hosted every Tuesday at the iconic Galway music venue, this is a night not to be missed.

Expect international acts who have graced stages across the world; expect local legends who know how to spin a few tall tales and have you laughing along the way; expect up and comers who are soon to be the names dominating the comedy circuit. One thing you can be sure of: Róisín Dubh only hosts the finest.

Check its website if you don’t believe us. An entire page for upcoming comedy acts will blow your mind and keep you keen throughout the whole year, not to mention January.

Worth noting: they also host regular comedy performances, outside of their usual weekly stand-up show, so check the listings to see when your favourite funny man or woman is due to take to the stage!

When: every Tuesday throughout January 2019 @ various times
Where: Róisín Dubh, 9 Dominick Street Upper, Co. Galway, Ireland
How Much: varies

Thursday night. The weekend is in arm’s reach, and there is only one day left of work to go. Feel like you can’t wait for Friday for some banter? No worries! Check out the weekly comedy night in The Dew Drop each Thursday.

Ireland’s Smallest Comedy Club is the comedy night in question and the finest on the scene if you ask us. Just moments from Eyre Square in the centre of Galway this hot-shot on the scene of stand-up comedy has firmly established itself as the leading comedy night in the city. With a living room atmosphere, guests can sit back, sip drinks and giggle along to a steady string of hilarious stand-up comedians.

The program consists of established comedians as well as emerging, up-and-comers and newbies who are fresh on the scene. The nights can get pretty busy, so we advise you follow the Facebook page and book in advance. Oh, and did we mention that there is free pizza on the night?