Ireland Before You Die
Home Drink Alcohol 32 Irish beers: one to try in each county of Ireland
507
SHARES
ShareTweetWhatsappPinterestMail

The Irish are known for their breweries and hand-crafted beer, with Guinness being the king, but there are plenty of other amazing Irish beers you need to try.

When it comes to beer, Ireland is one of the best countries in the world for the variety and age-old tradition of beer-making, and beer-drinking for that matter. Beer has been consumed in Ireland for a very long time, and up until the 1700s, it was all imported, until Arthur Guinness took matters into his own hands and opened the first brewery in Dublin, creating Guinness which soon became a world-famous Irish beer.

It seems we Irish have a knack for making beer. It didn’t stop there though. Beer-making has expanded rapidly in our country with brewery after brewery opening in all corners of the green land, providing beer-lovers with little pints of heaven.

We have come up with the ultimate to-do list for your travels in Ireland – to taste a beer in all 32 counties that is! Here we have 32 Irish beers: one to try in each county of Ireland – don’t get too thirsty while reading this!

A one of a kind fruit-tea style IPA.

A beer like no other, with tropical fruit flavours and a creamy texture.

Uniquely-hopped with delicious Citra and Amarillo.

Beautifully crisp and refreshing with a hoppy accent.

A well-aged beer with notes of Irish whiskey.

Distinctly cloudy and refreshing with a citrus aroma and balanced bitterness.

A unique pale ale, named after a famous Kerry goat in the region.

A session ale with aromas of citrus and pine.

This stout is full of rich chocolate and malt flavours.

A traditional, dry, Irish stout with a modern twist.

Brewed with the finest American hops.

A delicious pale ale you need to try.

A well-rounded Irish stout with vanilla and aniseed notes.

A fruity and juicy ale.

Juicy fruits of pineapple and grapefruit make this a hit with the locals and beyond.

Now that we’ve reached the end and have drunk our way through all 32 counties of Ireland, you will probably want to start planning your trip, allowing enough time to experience all of these flavours, of course.

It is worth noting that some of these beers may only be available for purchase in select pubs or supermarkets. However, many of these breweries offer meals, brewery tours, beer tastings, and much more, so make sure you don’t miss out!

No matter where you end up in Ireland, whether a big city or a small village, you can be guaranteed to find a mouthwatering beer so be sure to try all 32 Irish beers on this list. 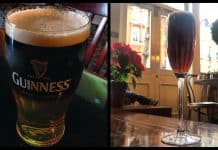 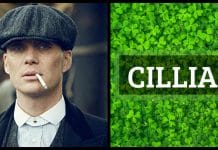 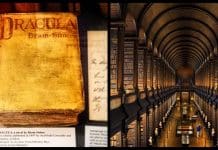