Welcome to the oldest city in Ireland, founded by the Vikings in the 9th century. Dotted around the city are interesting reminders of Waterford’s Viking history.

Whether you’re here to shop or explore the city’s ancient history, Waterford city has plenty of options.

We’ve put together an amazing itinerary outlining how to spend a full day in Waterford.

You’ll experience the best food, things to do and of course learn all about Waterford’s amazing viking history…

Breakfast at The Granary Café

The Granary is situated just five minutes from Waterford city centre. It opens at 8 o’clock in the morning so you can have an early breakfast.

The building itself is a granary, used for storing grain, built in 1870. The meals on the menu are beautifully presented and caters to all tastes.

So, you can choose from just some of the following; porridge with honey, strawberries, and grains, a glass of yoghurt with honey and grains and the favourite, a hefty Irish fry.

For you cultured folk, you can start your day with a croissant smothered in jam and cream. Hot drinks are served all day, from 8 am until 5 pm.

An iconic landmark in the city of Waterford, construction started on this ancient in 1003, which is an astonishing figure.

It is a reminder of the medieval defence system that had been erected around the city centuries ago. The tower itself has been in use on a regular basis for over 800 years.

The tower is host to an exhibition on Waterford during the Viking era. Some of the items on display are the 12th century Waterford kite brooch and a full set of weaponry belonging to a Viking warrior.

It is also the oldest civic urban structure in the country!

The Medieval Museum is one of three museums that make up the Waterford Treasures. Opening to the public in 2012, the medieval museum takes visitors through life in Waterford during medieval times.

The museum houses a 13th-century chorister’s hall and the 15th century Mayor’s wine vault. One of the most important artefacts housed in the museum are the Dalmatic vestments.

These are the only complete set of pre-Reformation vestments in the entirety of Europe that survived.

Other medieval artefacts such as the Luker Chalice and Relic of the True Cross. Visitors under the age of 14 are admitted free of charge.

Your midway stop on your tour of the oldest city in Ireland is Momo. What is great about this restaurant is that the ingredients used to make these dishes are sourced locally.

Recommended dishes are the Pappardelle pasta in a piccata sauce with broccoli and garlic crostini, the naturally smoked cod pie and the chargrilled sticky spiced cauliflower pilaf rice.

The desserts sound amazing too: pavlova with flambé pineapple and spiced apple and plum crumble.

This a must see when visiting Waterford city. The factory is located in the heart of the city, having relocated from Kilbary.

Did you know that 750 tonnes of crystal is melted down each year at the House of Waterford Crystal?

Visitors are treated to a tour of the factory, which is an intimate insight into the world of crystal making.

Traditional production stages include wooden mould making, the blowing of crystals, cutting the crystals and quality inspection. There is an on-site shop from which you can buy your own pieces of Waterford crystal.

Built in 1743, The Bishop’s Palace was home to the Church of Ireland bishops of Waterford and Lismore until the beginning of the 20th century.

The palace is now a museum and houses the world’s oldest item of Waterford crystal, a decanter built in 1780.

The building is furnished with beautiful 18th-century artwork and furniture and a lock of military leader Napoleon’s hair.

Visitors will learn all about the inhabitants of the palace during its 250-year history followed by a lovely coffee on the terrace outside.

To conclude your tour of Waterford, sit down to a delicious meal in McLeary’s Restaurant on the Quay.

The restaurant is well known for having a relaxed atmosphere and having dishes with locally sourced ingredients on the menu.

Appetisers you can choose from include pork and vegetable spring roll, mushroom risotto and seafood crepe.

Desserts such as chocolate pavlova, chocolate brownies and orange and vanilla pannacotta sound delicious enough to make your mouth water reading this!

Fancy a pint after?

If you want to go out for a few drinks to celebrate your fantastic day in Waterford, check out: 10 Pubs & Bars In Waterford You Need To Visit Before You Die 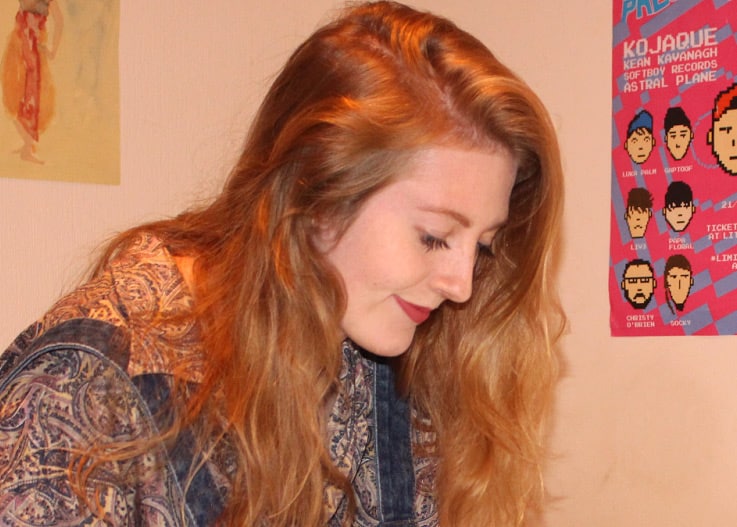