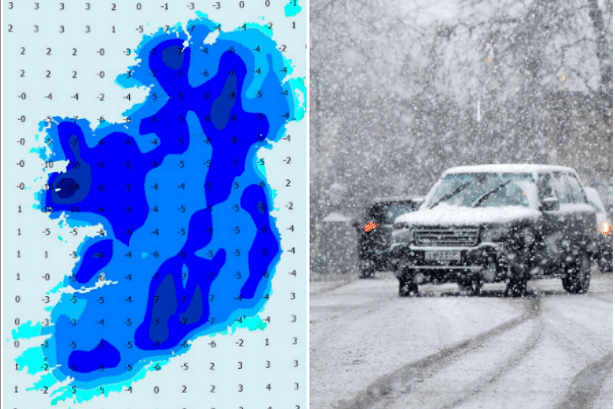 As Winter takes a full grip on the Emerald Isle, a myriad of sources are taking to the airwaves and Internet to cast their bets: this may just be the coldest year in Ireland on record.

It was late in 2018 that meteorologist’s and climatologist’s concerns began to grow. With an unusually warm December, it seemed obvious, even back then of the Winter that lay ahead for citizens on the island of Ireland.

A simple Google search shows an abundance of news sources are supporting the claims that this may be a harsher Winter than Ireland has ever experienced.

Met Eireann’s Evelyn Cusack warned in November 2018, “Climate change is having an effect on Irish Winters… The message is prepare yourself for all eventualities and listen out for the warnings and the local forecasts as well.”

Reporter Rachel Russell took to Express.co.uk to issue a news story that would cite the impending weather predictions for mainland UK as well as Northern Ireland.

In it, stark realities with the wide-spread fear regarding the harsh Winter conditions to come, “Ladbrokes have predicted 2019 could be the coldest year ever recorded – with bookies having odds of 4/1”.

“Alex Apati of Ladbrokes said: ‘2018 brought about blistering temperatures but the early odds for next year will be polar opposites’.”

Leinster Express too covers this story, insisting we need to be aware of the challenges we could potentially face, “Ireland facing one of the coldest winters on record, with crippling blizzards predicted to inflict an icy misery across the country for much of an extended winter season.”

While it seems vastly clear that news and media outlets seem to fear-monger with sensationalist headlines proposing near-apocalyptic conditions that could force us back into an ice age, oftentimes these news reports are wildly exaggerated.

Our top tip is to plan ahead and keep your eyes peeled on reputable weather sources such as Met Éireann, the Irish National Meteorological Service, who is the most transparent and trustworthy Irish weather source.

2018 saw record-breaking temperatures on both ends of the scales. Ireland experienced equally hot and cold temperatures throughout the year, offering up one of the biggest landslides in terms of weather variation on record.

In Winter, impromptu blizzards shut down infrastructure, closed schools and businesses and led to the demise of livestock, while Summer brought with it record-smashing highs.

Roads were closed due to the tar melting and drought led to a hosepipe ban – in a bid to conserve water supplies – that ran from July well into September 2018. Lives were at risk (from heat stroke) as temperatures soared well into the thirties, an unlikely feat for the Emerald Isle.