Kilkenny is one of the largest towns in Ireland, located in the province of Leinster and nestled on the banks of the River Nore.

A popular tourist destination, Kilkenny has an abundance of restaurants and pubs, yearly festivals, and a proud sporting history that attracts visitors from across the country and further afield.

Throw in an enticing mix of history and culture, and it is simple to see why Kilkenny is such a popular town – we would even go so far as to say it is one of the best in the entire country!

Don’t agree? Read our top ten reasons why Kilkenny could be the best town in Ireland – we may just change your mind! 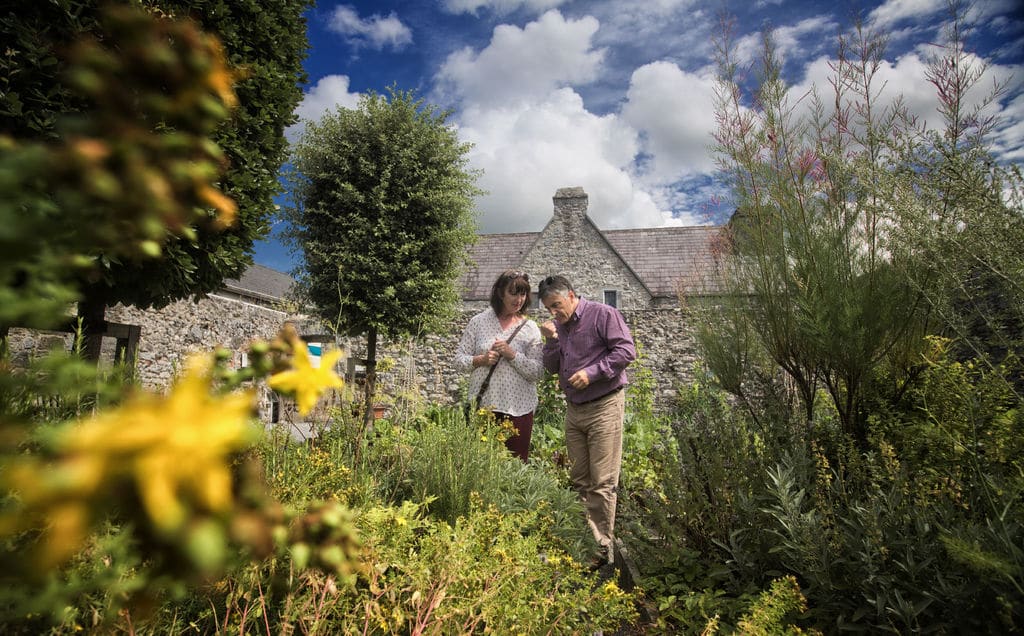 A trip to Kilkenny offers you the perfect chance to get back to nature with the stunningly picturesque Rothe House and Gardens.

A faithful replica of the gardens kept by the Rothe family in the 17th Century, the Rothe gardens are the only urban garden from this era in time open to the Irish public. A place of peace and tranquillity, the gardens contain a rich variety of plants, hedges and fruit trees that serve as an escape from the hustle and bustle of everyday life. 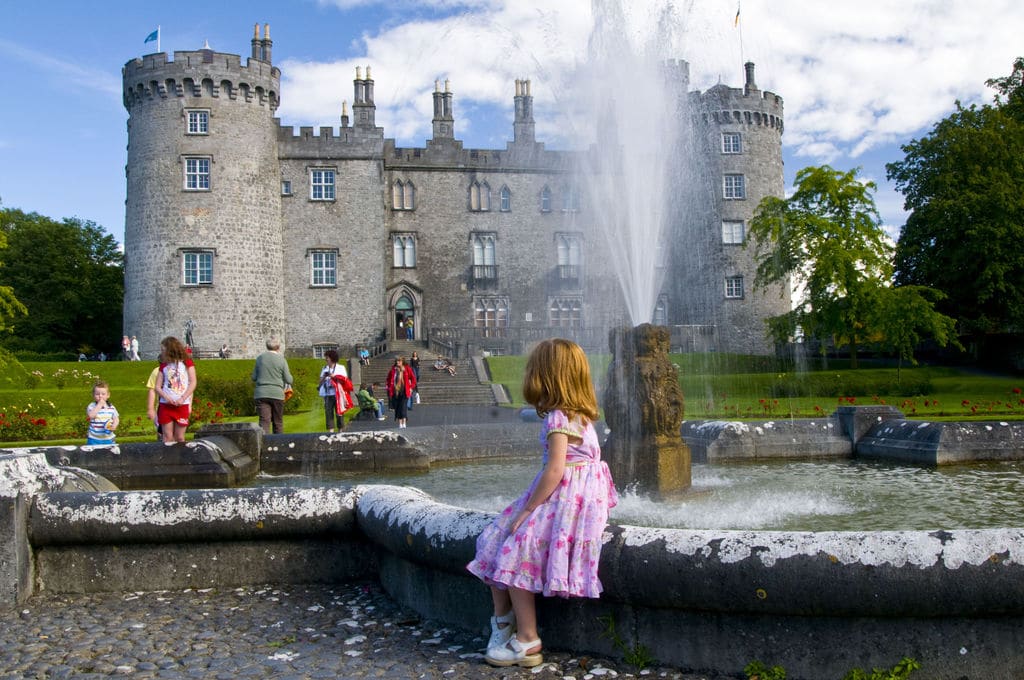 Kilkenny has a rich medieval history, and Kilkenny Castle, in particular, is a definite must-see for any history buff. Originally built in 1195 the 13th Century castle has provided the backdrop to many significant historical moments – including the siege of Kilkenny in 1650 and the besieging of the Republicans in 1922 during the Irish Civil War.

Today Kilkenny Castle is a hit amongst tourists, with daily castle tours giving visitors the chance to immerse themselves in Kilkenny’s colourful past. 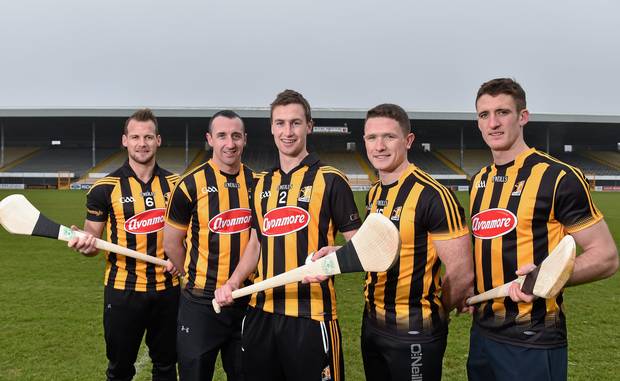 Any hurling fan worth their salt will know all about the revered Kilkenny cats. Kilkenny is the most successful hurling team in Ireland with the most senior titles under their belt.

For that reason alone Kilkenny is one of the best towns in Ireland during the hurling season. During match days the whole town is alight with feverish excitement and the hopes of a win, and pubs are crowded with adoring fans cheering the cats on as they strive for another year of victory. 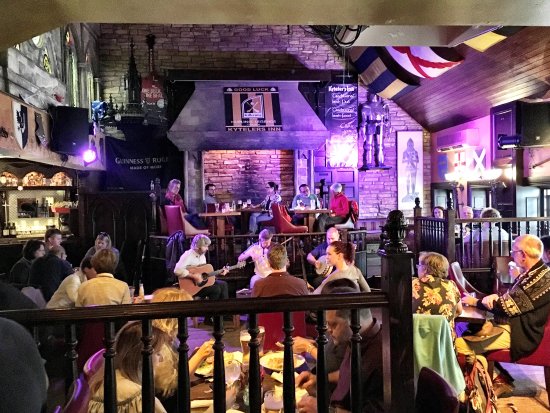 Music is a huge part of Irish culture, and Kilkenny is no exception to this tradition. The Kilkenny Roots festival is a highlight on the Irish musical calendar, showcasing the best musical acts in the American/roots genre.

The festival has gone from strength to strength since its beginnings in 1998. This year’s line-up sees acts such as Patty Griffin, The Sadies, and Michael McDermott grace the stage to entertain the crowds. 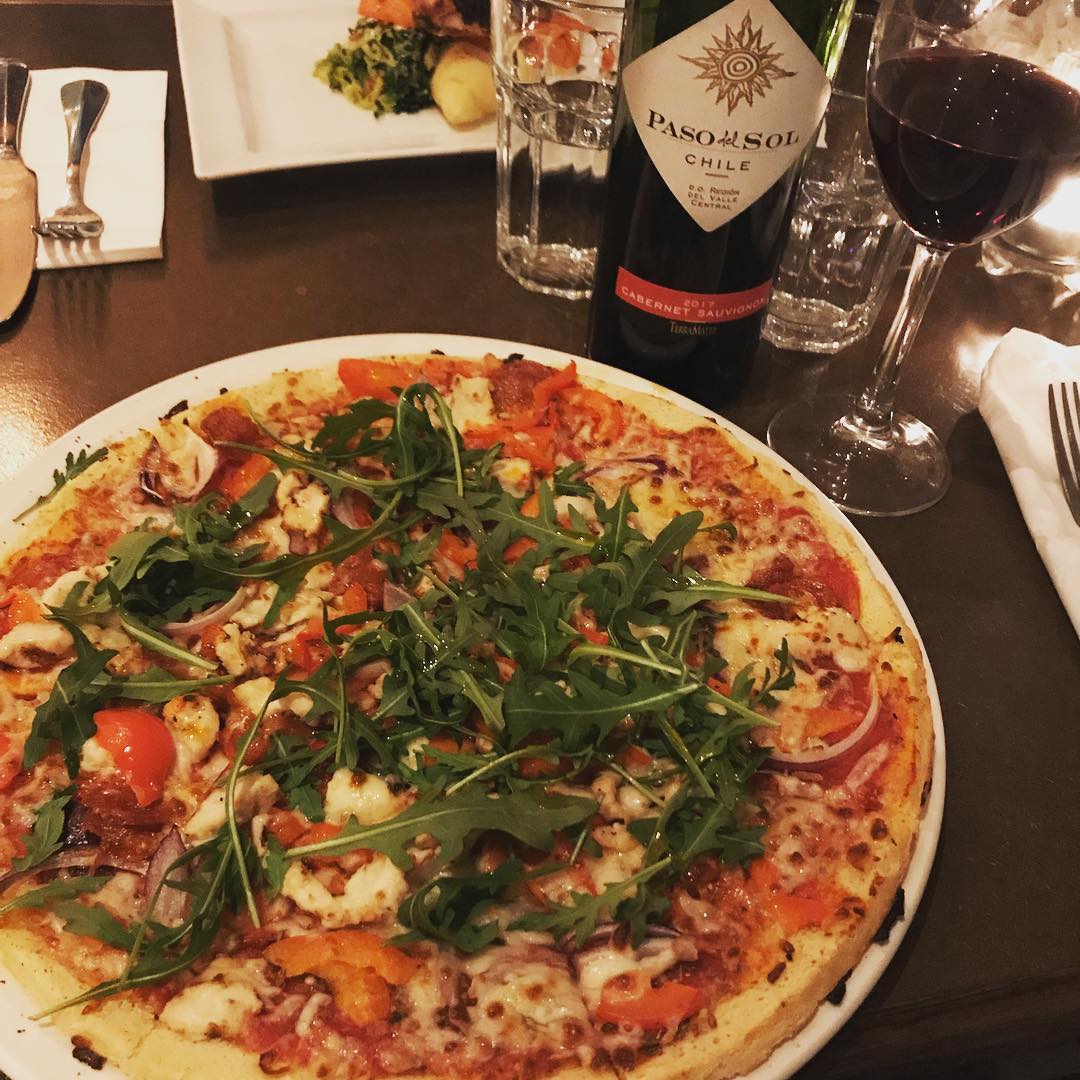 Whatever your taste there is a plethora of top-quality restaurants and cafes to choose from in Kilkenny town.

Rinnuccini and La Rivista are two of the most popular eateries in the town, while Campagne has had the honour of receiving a Michelin star. The restaurant is excellent, with attentive staff and reasonable prices for the quality of food you receive. Vegetarians are catered for too, with the organic beetroot mousse served with caramelised walnuts serving as a standout dish on the menu.

The Smithwick’s experience is one of the most popular tourist attractions in Kilkenny and deserves a special mention on our countdown.

It involves an interactive tour of the 18th Century brewery where tour guides explain the process behind making their famous ales which have been brewed in Ireland since 1710.

Ticket prices include a pint of the ale of your choice, with soft drinks for non-drinkers, and for a small extra fee, you can sample all three of their expertly-crafted ales. 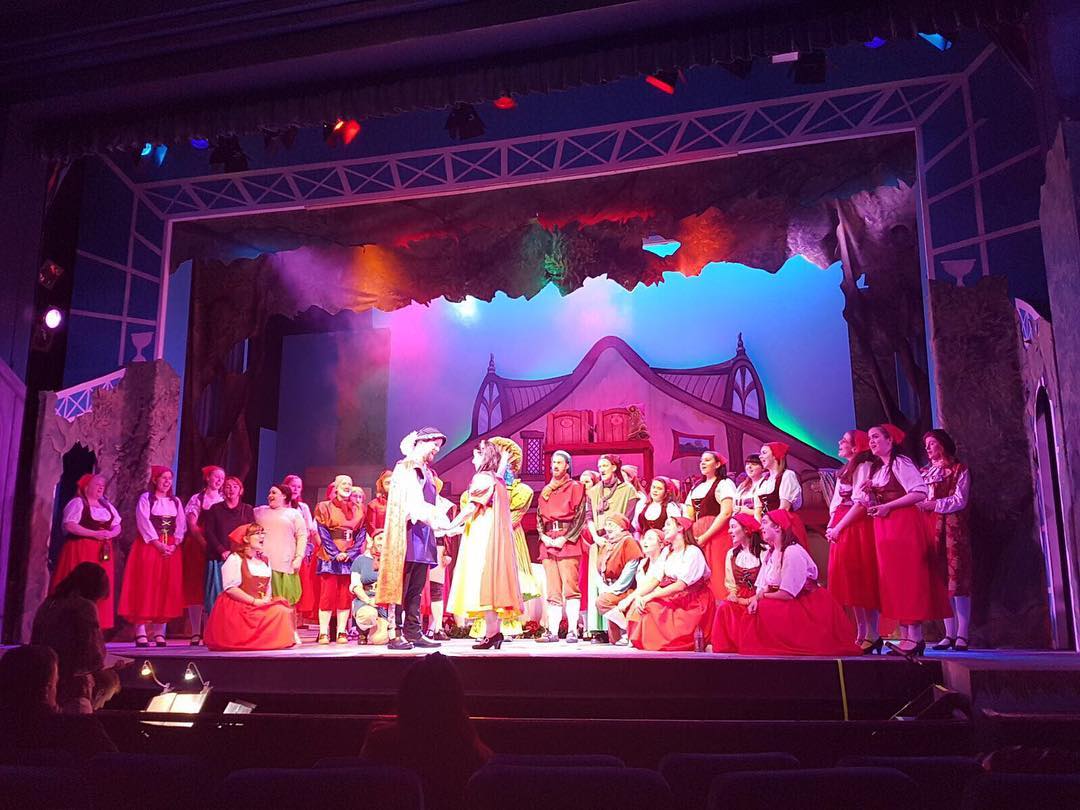 The people of Kilkenny are proud advocates of the arts, with the Watergate Theatre being a prime example.

Since opening in 1993, the theatre has showcased plays from Ireland and further across the world in a beautifully intimate environment.

They take pride in hosting an eclectic mix of performances, from opera performances and musicals to serious dramas.

Upcoming shows include an adaptation of The War of the Buttons, and the wonderful Dr. Dolittle performed by Riverbank Productions.

Kilkenny is a town with a vast number of museums, perfect for any visitor wishing to indulge in their love of both history and culture. Our top choices include the Medieval Mile Museum and the National Design and Craft Gallery.

The Medieval Mile may have only opened in 2017 but it is one of the best in the country, highlighting Kilkenny’s role as Ireland’s medieval town with a large display of the city’s civic treasures.

The National Design and Craft Gallery is truly one of a kind, being the only gallery of its calibre in the country. It advocates contemporary craft and design with innovative exhibitions showcasing the best of national and international artistic talent across a wide range of disciplines. 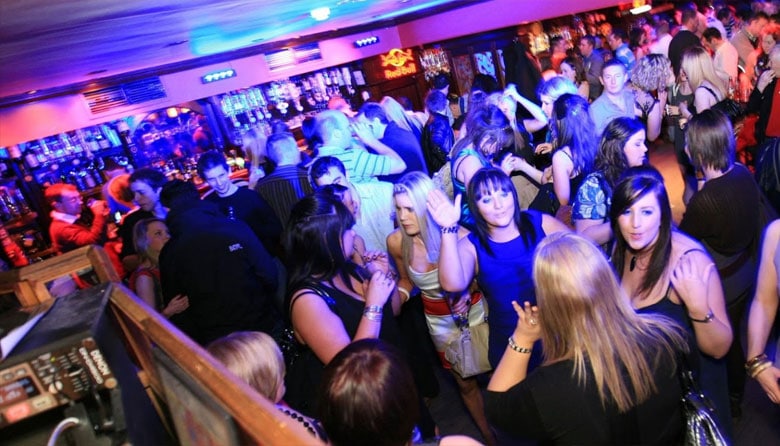 Any tribute to Kilkenny town would not be complete without a mention of the nightlife. In Kilkenny, it is all about the cosy pubs and catching up with friends new and old in the cosy surroundings of the local.

Our favourite pub in all of Kilkenny town has to be Kytelers Inn. It is a medieval inn spread across two floors with cosy wood and stone bars and lively Irish music on a nightly basis.

Interestingly Kytelers Inn is said to be haunted – and as one of the oldest Inns in the Emerald Isle, it is a plausible concept.

A black shadow has been spotted in the background of patrons photos and staff have reported feeling a presence about the place – leading people to believe the original owner, Dame Alice Kyteler is haunting her pub! 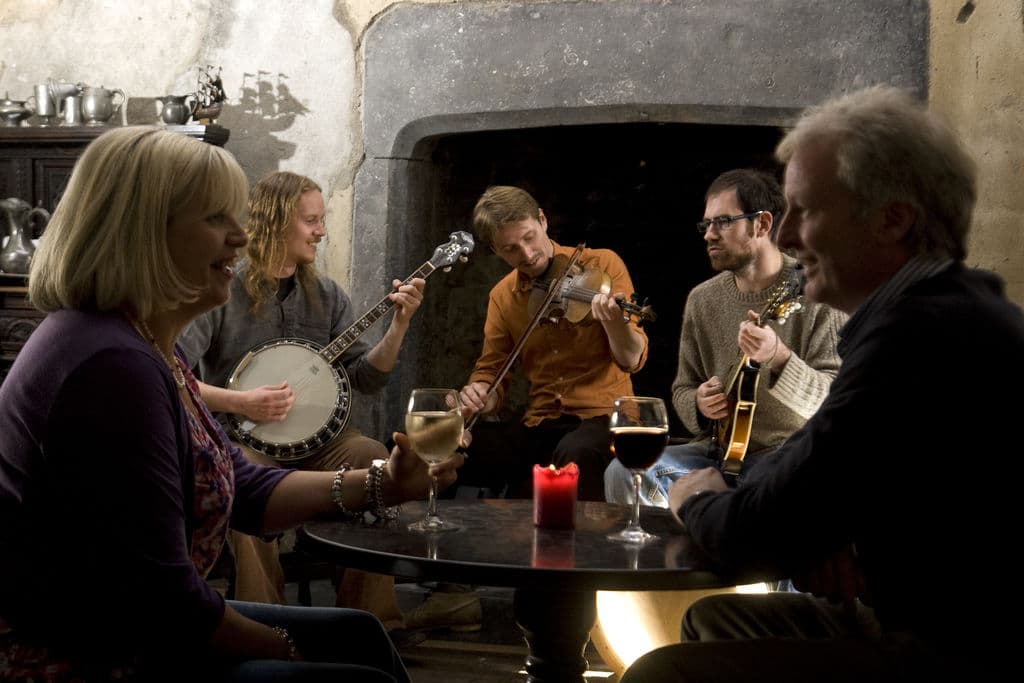 Wherever you go in Ireland, it is the people that make the place, and the same has to be said about the town of Kilkenny.

Be it a sporting fan roaring beside you during a tense match, or a fellow theatregoer attending a show at the Watergate, the folk of Kilkenny are a wonderfully hospitable bunch.

Their charm, idiosyncrasies, and slang (be prepared to hear the word “deadly” a lot), make the Kilkenny clan stand out from the rest, and they are a huge part of the reason Kilkenny may be one of the best towns in Ireland! 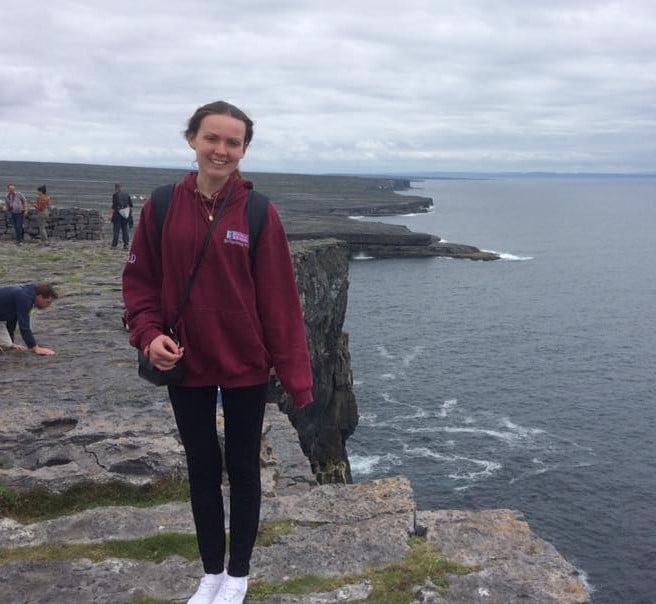 Anna Parkes is a travel writer from Athlone in County Westmeath. She graduated from the University of Limerick with a degree in New Media and English. Anna is passionate about writing and travelling and hopes to continue combining these two interests for as long as possible. She aims to see as much of the world as she can, while always making time to embrace all Ireland has to offer. Virginia Woolf Wrote that “As a woman I have no country. As a woman my country is the whole world”, and those are the words Anna lives by.
All Posts by Author