Located in the South of Ireland’s Ancient East, if you haven’t been to Waterford, you must add it to your bucket list. Colloquially known as the Deise, Waterford is a Viking county, famed for Waterford Crystal and the Blaa. Here are our top ten reasons to visit the sunny southeast.

10. The most romantic villages in Ireland 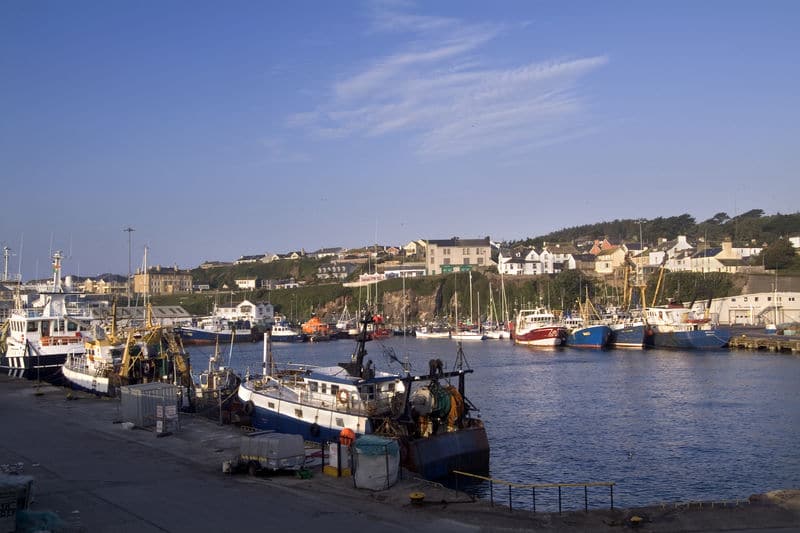 Nestled cosily along the coast are two of the most beautiful seaside villages that one could possibly hope to find in Ireland; Dunmore East and Ardmore. Both are equally famed for their cliff walks and strands.

Visit them to be transported back to the days when seaside trips were a real thing; explore the beaches, enjoy the divine fresh seafood, get lost along a country path and stumble across fantastic old round towers, shipwrecks, crumbling ruins and WWII lookout posts.

If you bring your own jam sandwiches, it’s like holidaying in a Famous Five novel (with excellent hospitality and less suspicious locals).

If you haven’t heard of this place, you absolutely have to visit. Located midway along the Mahon Falls scenic drive in the beautiful Comeragh Mountains, there is a particular point in the road (which is well marked), where the absolute magic happens. We kid you not, at that point in the road, when you turn off your car, it will roll UP the hill. It absolutely has to be seen to be believed. 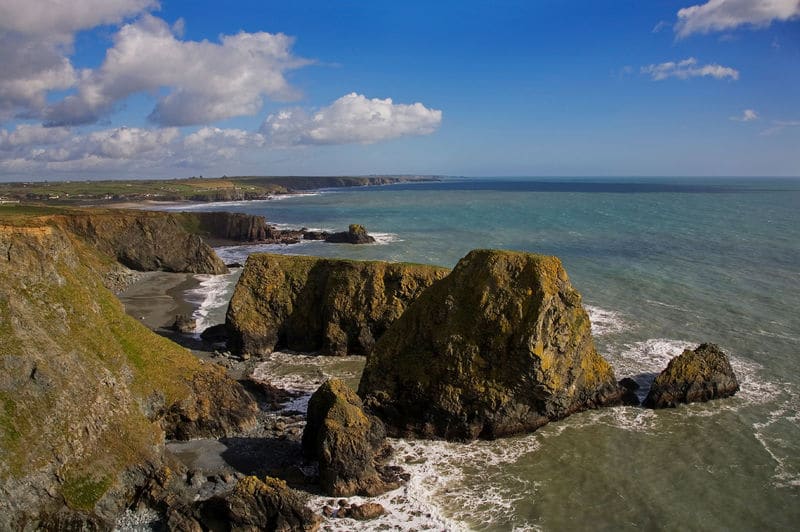 The Copper Coast extends roughly from Dungarvan to Waterford, getting its name from the copper mines that lie at its very core. For those who have partaken in this scenic drive, they swear it rivals the Wild Atlantic Way.

We highly recommend taking some time to drive, or cycle, along the 25km of spectacular coast in the Geopark located on the route, where you can take in the best of Waterford scenery; rocky headlands, hidden coves and wild cliffs. Insta-worthy stops include a relic from the past, the ‘Men Only’ swimming sign at Guillamene Cove and the famed 15ft ‘Metal Man’ in Tramore.

7. It has some of the best castles in Ireland 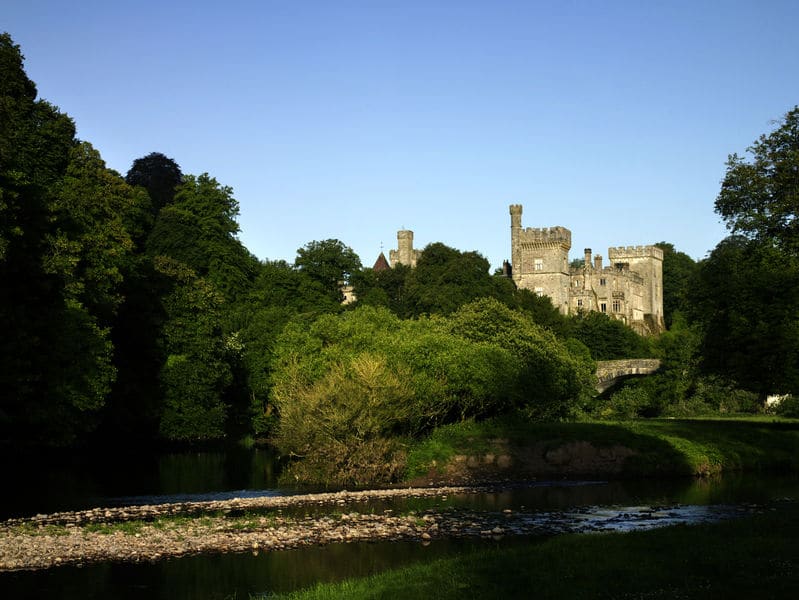 Lismore Castle and Gardens has been called the most spectacular castle in Ireland. Dating from 1170, The Castle has seen guests as famous as Fred Astaire and JFK stay a night in the exclusive, private building. Although the castle itself is not open to the public, the Lismore Castle Gardens on the grounds are well worth seeing.

The imposing Curraghmore House is also worth a trip, with airs of Downton Abbey, for any aspiring duchesses, whilst the older 16th century Waterford Castle, a working hotel, is the perfect location for an intimate getaway – accessible only by car ferry, here you can enjoy golf, shooting, falconry as well as a number of other activities. 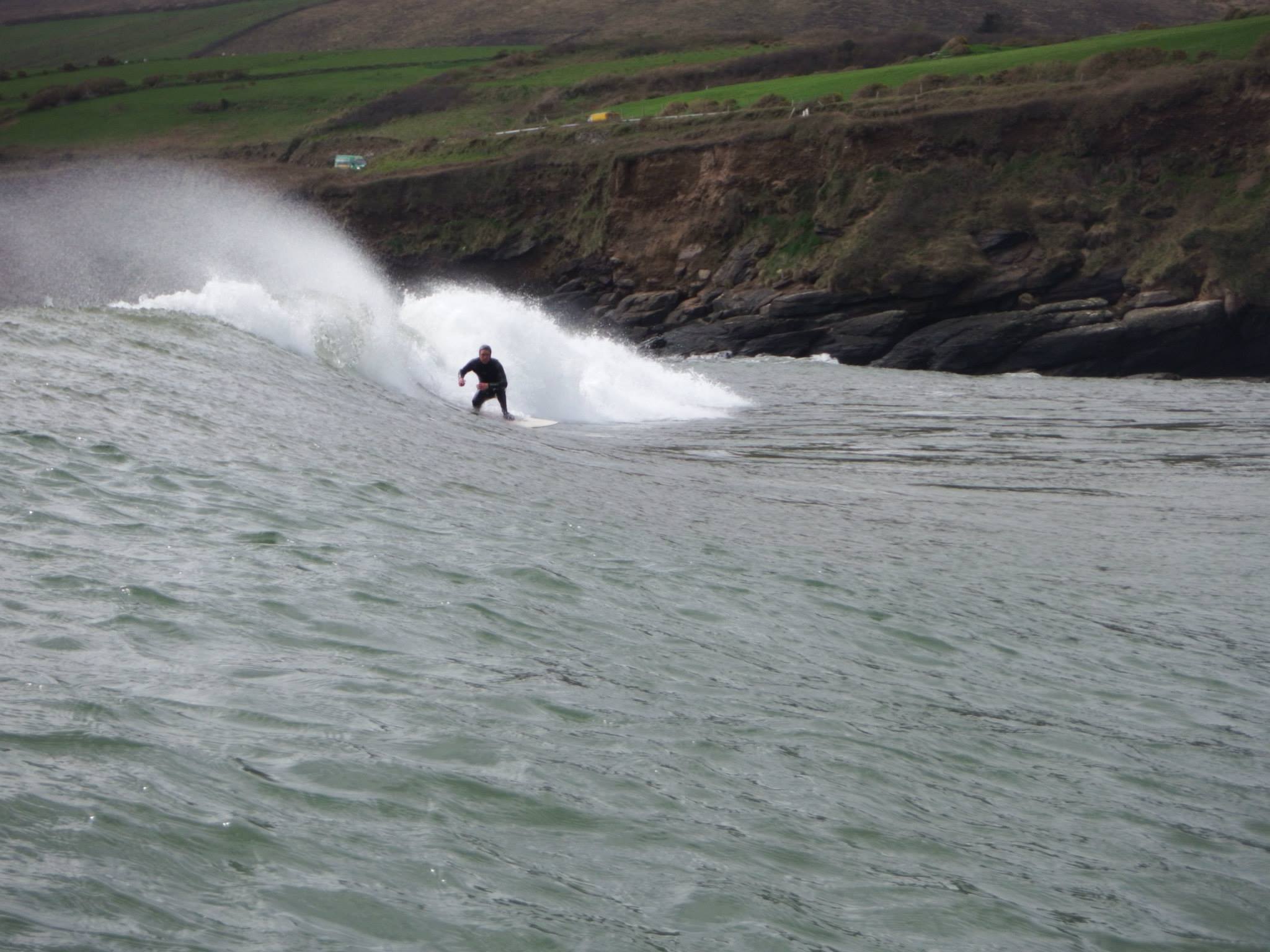 The sandy beaches of the South East are home to some of Ireland’s favourite surfing spots. Bunmahon and Tramore are amongst the most popular given their number of surf schools and coaches.

Neither are short of seaside resorts or pubs either, so there’s plenty to keep visitors occupied in the long stretch in the evenings after a day on the waves. You might even catch a trad sesh or two. 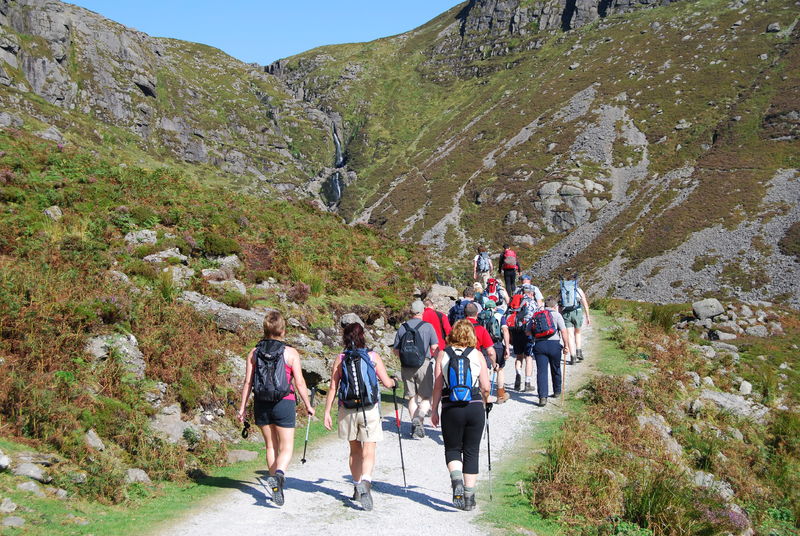 The Coumshingaun Trail Walk in the Comeragh Mountains is probably the most popular of all the hikes in this area, welcoming visitors from far and wide to complete the challenge with its majestic views. You will also see Crotty’s Lough, named by the locals after the outlaw William Crotty found a hiding place there before he was betrayed and hanged in 1742. 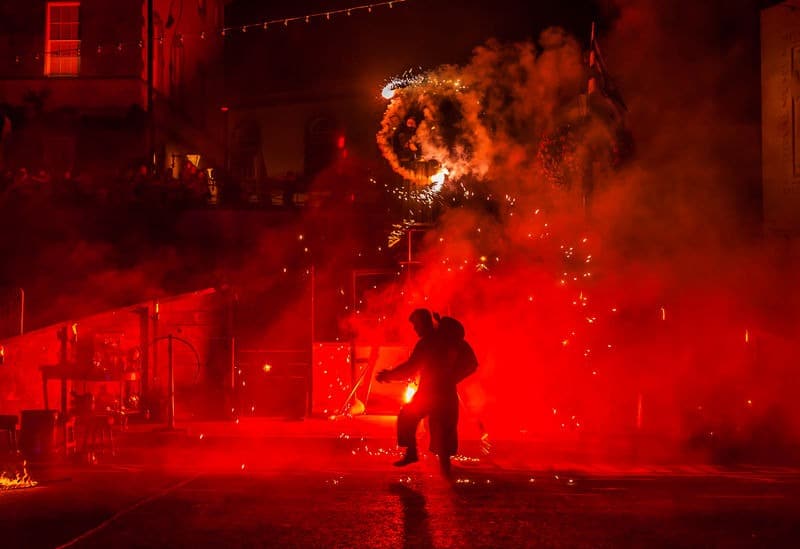 Waterford is never short of a good festival. Whether your interests lie in music, food, literature or the arts, you can be sure that Waterford has a festival for you.

Our top pick for all ages and interests is the Waterford Spraoi International Street Arts Festival. From humble beginnings, this festival is now a three-day affair, attracting visitors from across Ireland, and abroad.

Enjoy a thrilling selection of international street performers, musicians and more. The 2018 festival is themed ‘bugs’ so head on up August 3rd-5th and prepare to have your skin crawl with all manner of larger-than-life creepy creatures in the highly-anticipated annual parade. Also recommended include the Bluegrass Festival Dunmore East, Waterford Harvest Food Festival and Immrama, The Lismore Festival of Travel Writing. 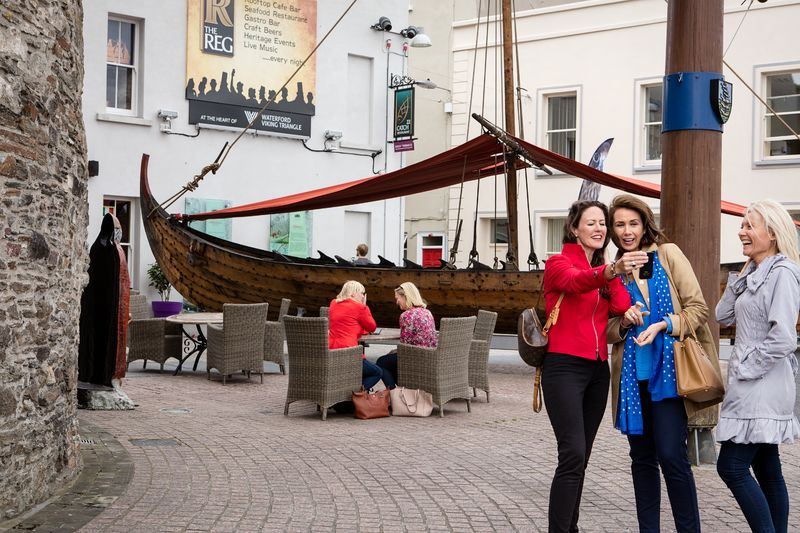 As Ireland’s oldest city, you can’t visit Waterford without soaking up some heritage and history. At the heart of the city, is the ‘Viking triangle’ dubbed for the 1000-year-old walls that were once built around it.

You could spend hours here, but if you’re strapped for time, you can squeeze in the ‘Waterford Treasures’ trio; the award-winning Medieval Museum, Bishop’s Palace and Reginald’s Tower – Ireland’s oldest civic building which has been in use for over 800 years. In the Viking Triangle, you will also find the famous House of Waterford Crystal and many craft studios, shops and cafes to explore.

Check out The Intrepid Guide’s 3 Day Tour of Viking Ireland.

2. The Food and Drink 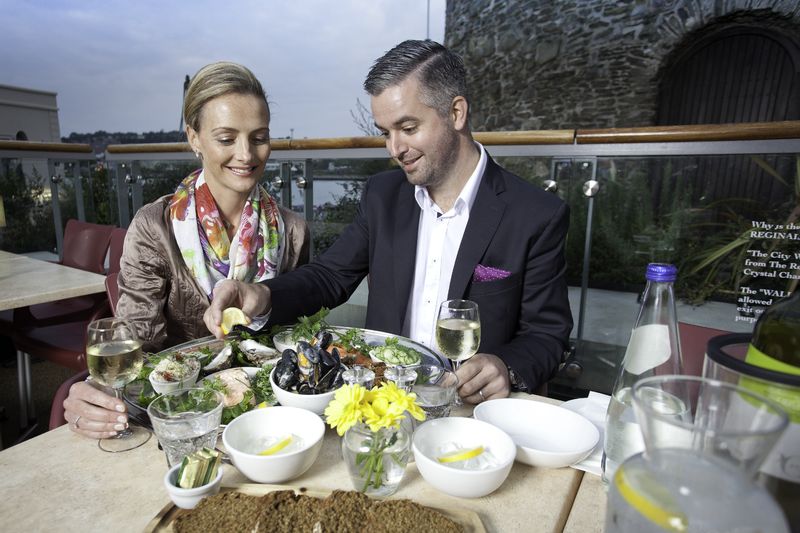 As all good Vikings will know, there’s no fun without a feast, which is probably why Waterford has such a strong food culture today. You will find mouth-watering craft food and drink across Waterford in the hotels, cafes and at the festivals.

Out top suggestions include; a trip to the Tannery, a restaurant /cookery school owned by famous Irish Chef Paul Flynn; a visit to the Dungarvan Brewing Company (finish your Waterford Greenway bike trip with a beer with The Greenway Man’s ‘Bike and Beer Tour’); and lastly, a trip to Coach House Coffee in Kilmacthomas, a quaint and rustic café set in a historic famine workhouse just off the Greenway. 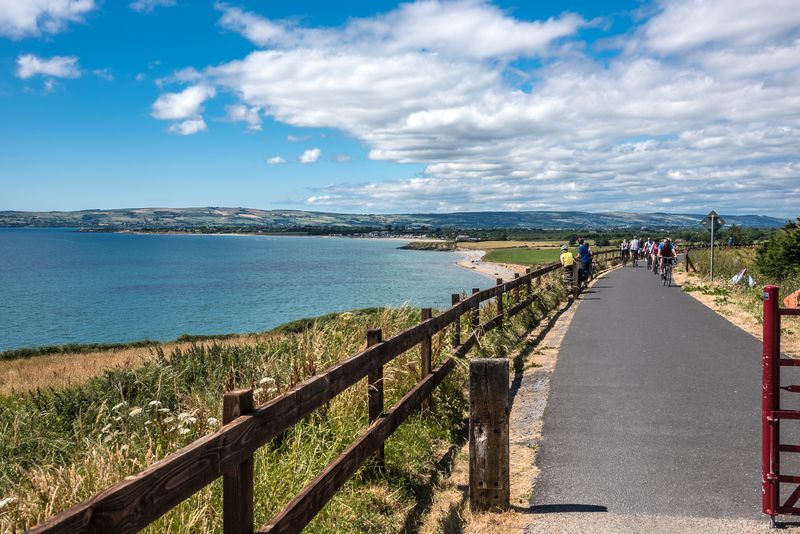 Waterford Greenway is the longest off-road walking and cycling experience in Ireland. Stretching 46 km, this spectacular route goes from Waterford City to Dungarvan, along the former Great Southern and Western Railway line. Highlights along the route include the Waterford & Suir Valley Railway carriage that still runs along the old railway line, the remarkable 7-arch Kilmacthomas Viaduct and the O’Mahony’s Bar and Shop run by local celebs Tom and Helen O’Mahony, where you can step back in time and bask in the nostalgia.