Ireland is a magical land of mysticism and legend, tall tales and old myth. It’s recognised globally for its enchanting beauty of rolling green hills, dramatic scenery, ancient cliffs and endless beaches – it’s safe to say Ireland is one pretty penny. No matter where you come from, these top 10 spots are arguably the most beautiful places all Irish people love.

Set in the North of Ireland in County Antrim are The Dark Hedges. They’re a running avenue of beech trees that shelter the Bregagh Road, between the sleepy villages of Armoy and Stranocum. The awning-like natural structure of these distorted beech trees is equally enchanting and atmospheric.

They’re well known and loved by us Irish, and international visitors too due to their location site being featured in the filming of cult TV series, Game of Thrones. 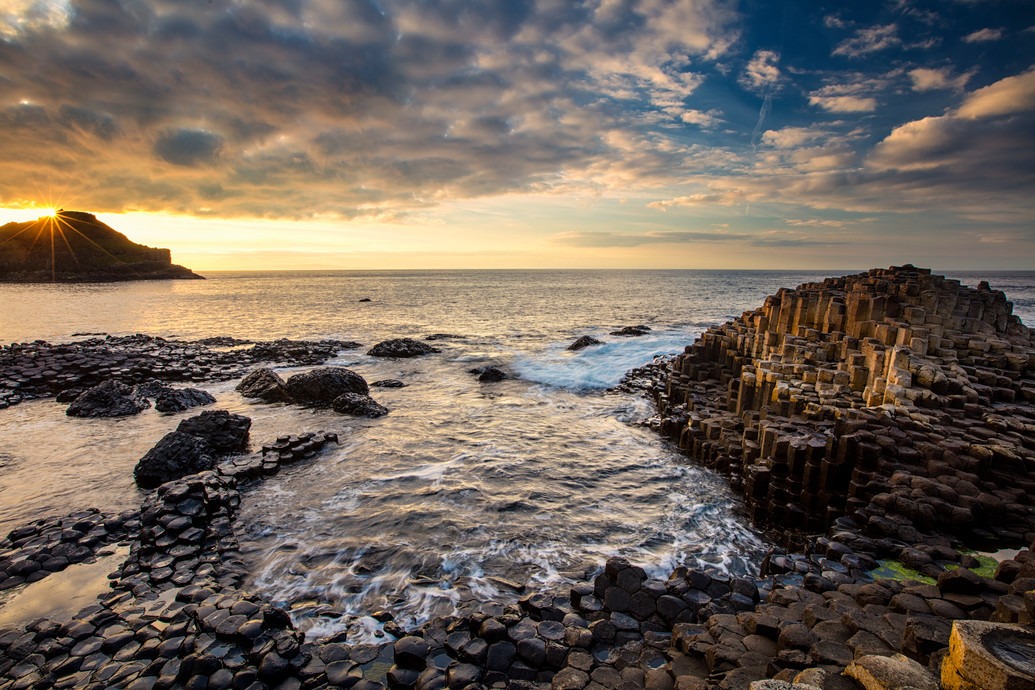 Giant’s Causeway is potentially one of the biggest tourist destinations in Ireland, and it’s clear why. It’s one of the most beautiful natural sights in the whole of the Emerald Isle.

These curious basalt column rock formations are the result of an ancient volcanic fissure eruption, and about 40,000 individual columns stand today. This Irish site, loved by all, was declared an official UNESCO world heritage site in 1986. 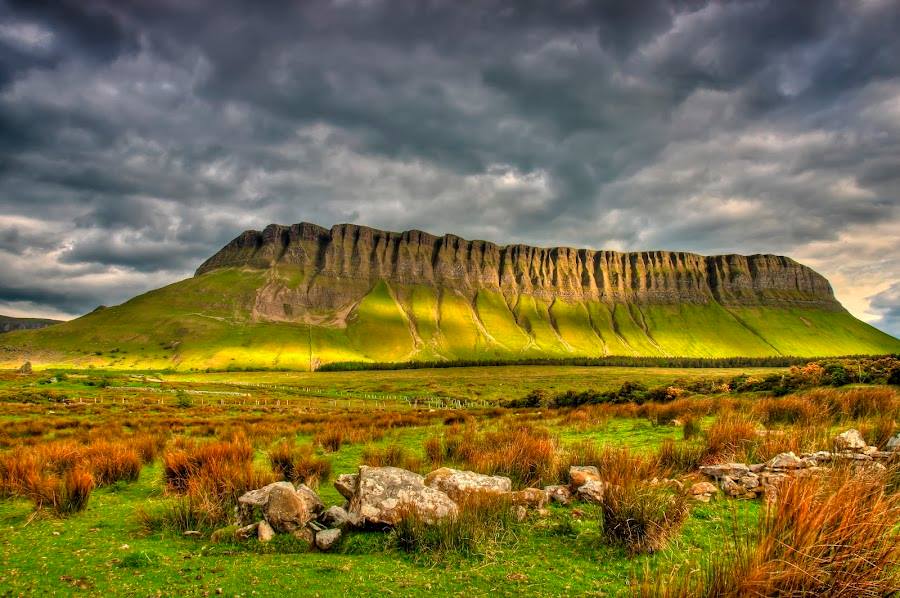 This large-scale rock formation in County Sligo is dramatic and majestic with an elevation of 1,726 feet. It’s a highly photographed subject in the county due to its shapely formation and steep cliff faces.

Benbulben is part of the Dartry Mountains and offers hillwalkers and hikers both easy-moderate and difficult walks. 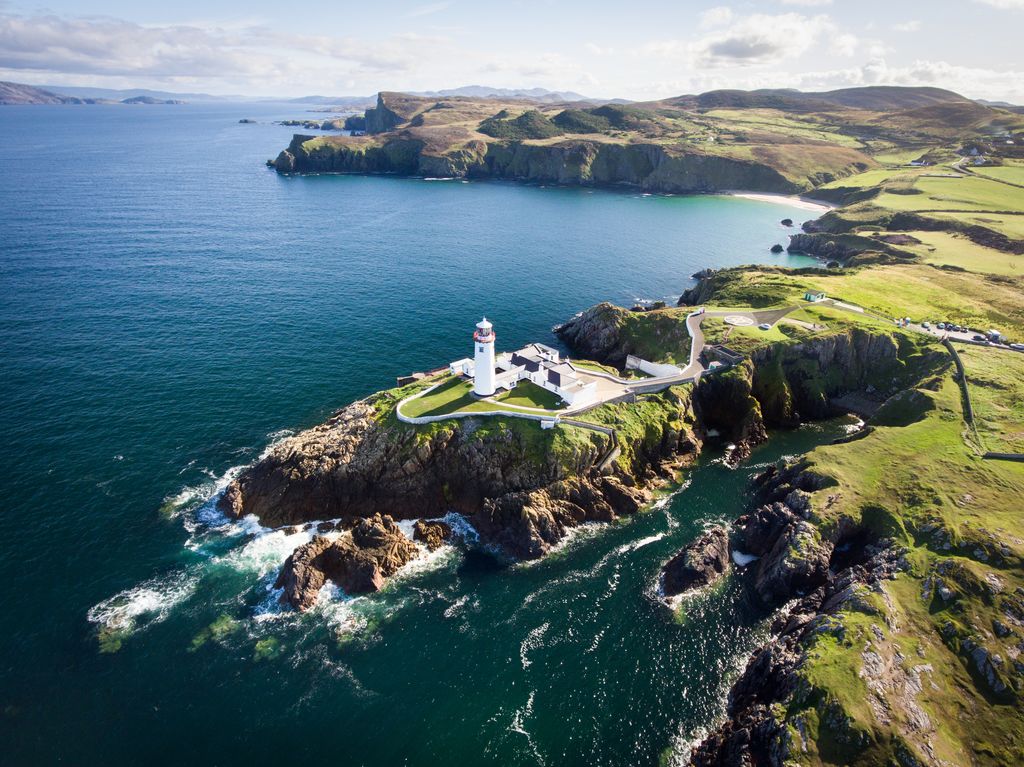 This enchanting lighthouse in County Donegal is a sight loved by all Irish. Jutting out on the side of a dramatic cliff, met by the wild Atlantic Ocean, is Fanad Head.

Its remote area means the scene is truly cinematic and drags photographers and nature-lovers from all over the country (and abroad). 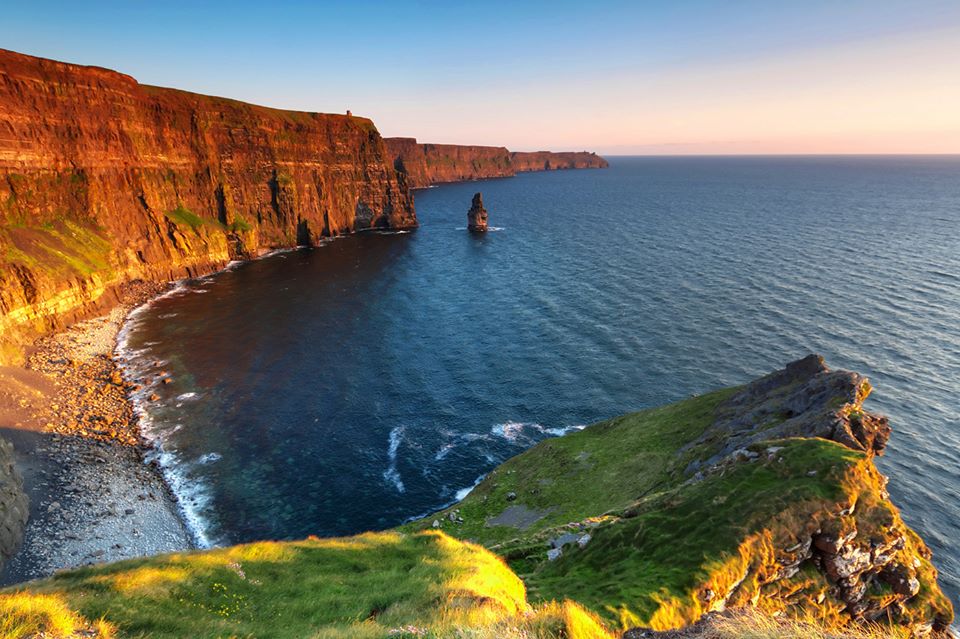 The Cliffs of Moher are one the most sought-after travel destinations for Irish tourists and international visitors alike. Running about 14 kilometres along the Atlantic Ocean, almost 1.5 million people visit The Cliffs of Moher per year.

The cliffs are a nature-lovers delight and have also featured in films on many occasions. 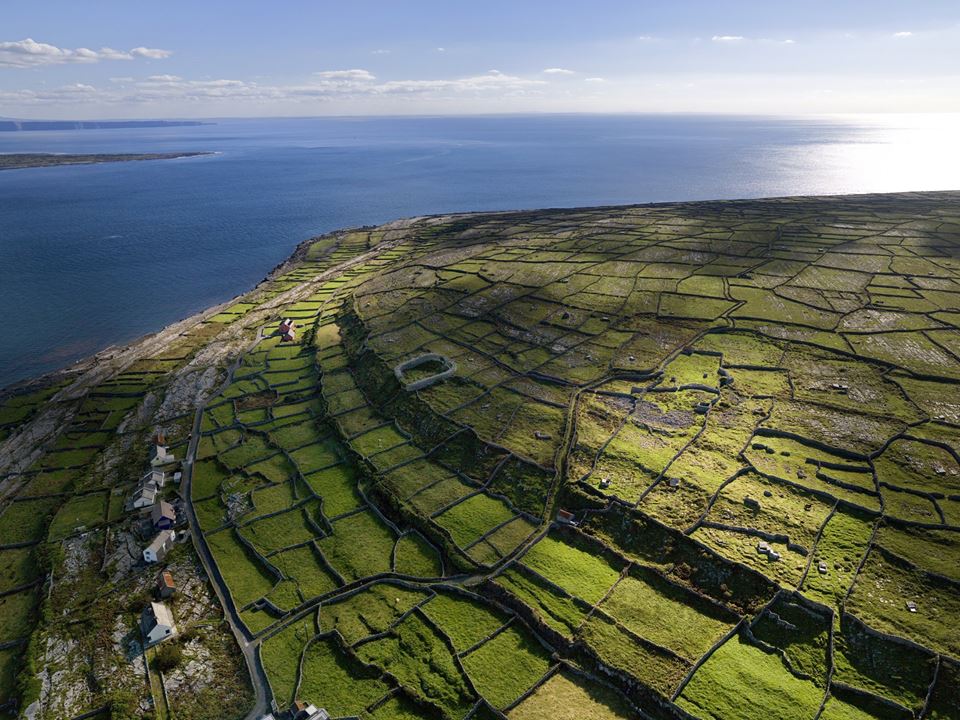 The Aran Islands is a collective name for a group of three islands off County Galway. The three islands include Inishmore, Inishmaan and Inisheer.

The primary language on these islands – amongst some 1,200 citizens – is the Irish language (opposed to on the mainland, where English is mainly spoken). These islands are as beautiful as they are rich in heritage and Irish culture, making them much loved by all. 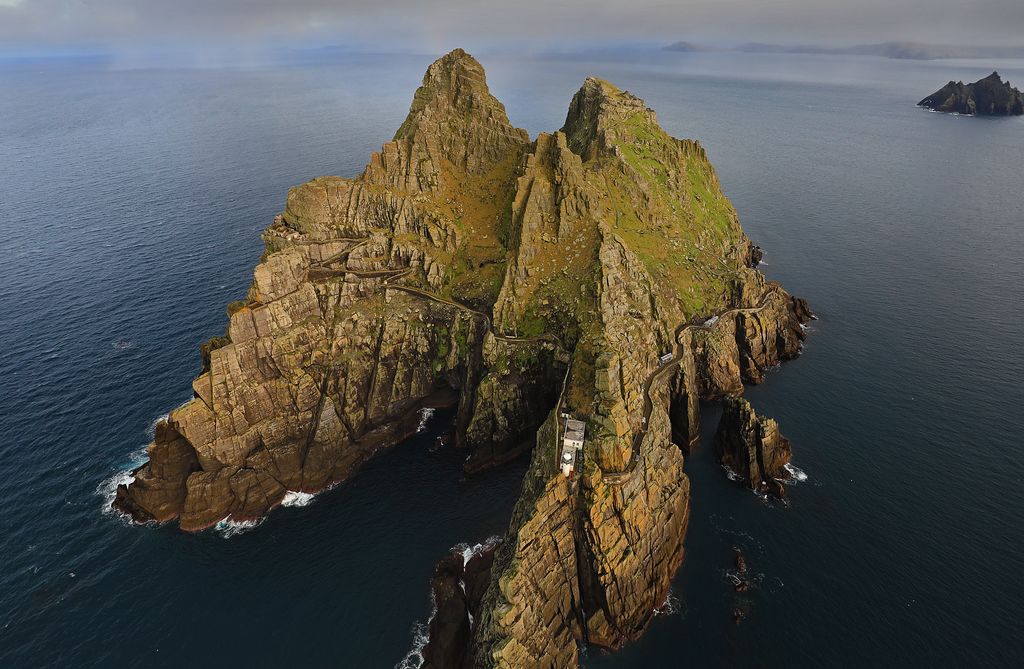 Skellig Michael is part of the Skellig Islands, alongside its younger sibling, Little Skellig. These two ancient islands located in County Kerry are some of the most westerly places in Ireland you can access.

Skellig Michael is rich in cultural significance, home to an early monastic site and beholds a mystic allure of Ireland’s ancient past, making it a much-coveted destination by the Irish people, archaeologists and scholars. 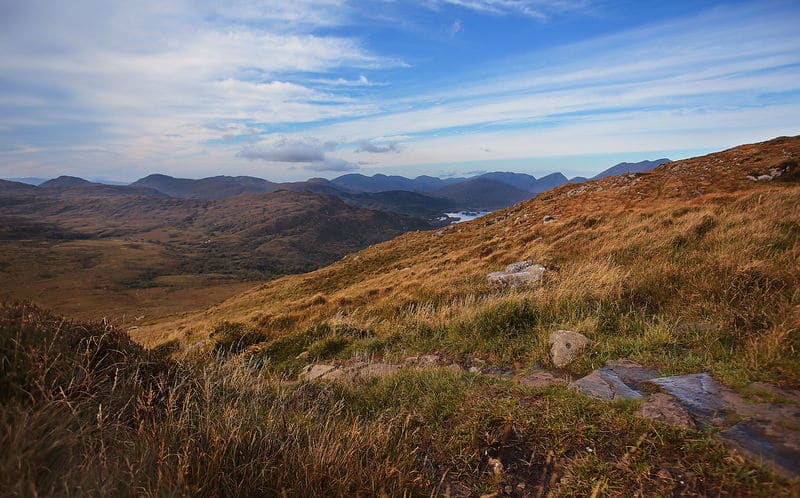 Killarney National Park is ultimately one of the most beautiful places in all of Ireland. It was not only Ireland’s first national park but is home to some of the country’s most stunning examples of native flora and fauna, as well as landscapes and natural sights worthy of postcard status.

This peninsula in County Donegal is the largest on the whole of the Emerald Isle. Jutting out in the wild waters at the very North tip of the country, this is a scene of raw beauty in its fullest form. Perfect for a weekend road trip or quick stop off on a trip to Belfast, this is arguably one of the most dynamic natural sites in all of Ireland. 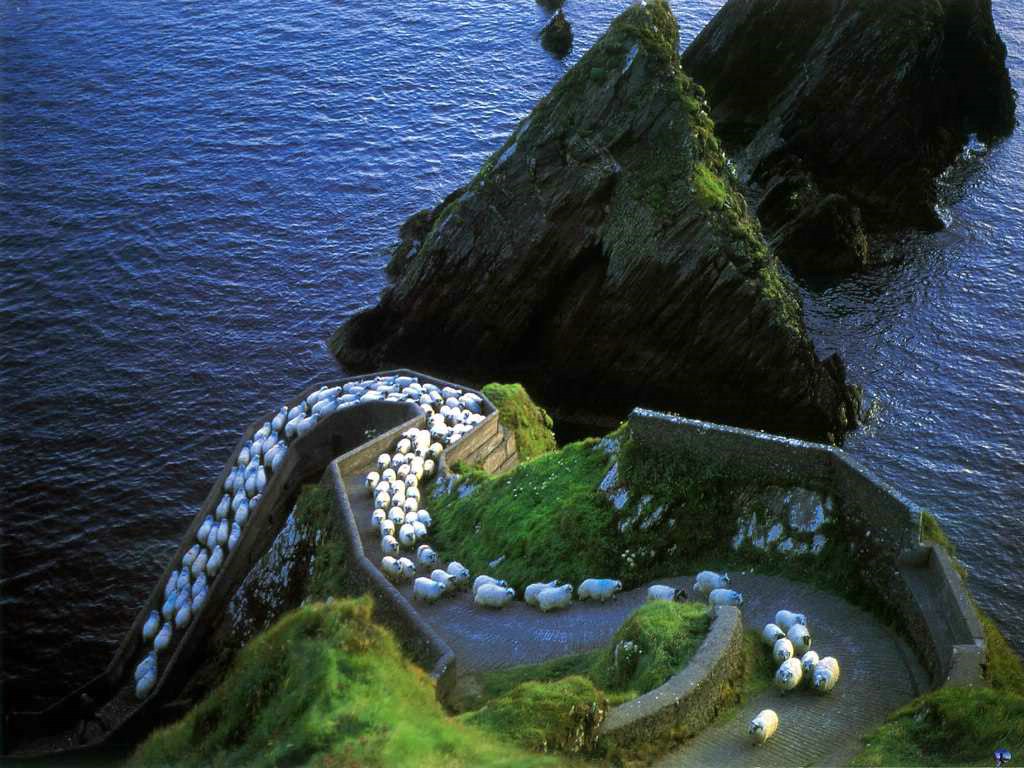 Stretching out into the wild Atlantic Ocean, this remote peninsula is windswept and wild with raw natural beauty in abundance. A popular tourist destination with a dynamic local community, Dingle Peninsula offers beauty by the bucket-load and is a top summer destination for Irish tourists. The ideal time to visit is in Spring, between April and May (before the Summer rush).