Satisfy your wanderlust without breaking the bank with these ten astonishing sites you can get to by Dublin Bus, taking you away from the city lights and out to the country’s hidden gems.

Let’s face it, travelling when you can’t drive or don’t have access to a car can be tough. Do not despair, however, as you don’t need to spend a ton on expensive bus tours to get the job done.

We’ve got you covered with these awe-inspiring sites you can get to by Dublin bus (Dublin’s public bus service), located right on the city’s doorstep. Hop on, experience the advantages of bus travel, and see where it takes you …

10. Malahide Castle, Co. Dublin – one of the most historic sites in Dublin

Malahide Castle, located in the seaside village of Malahide, was first built in the 12th century and was inhabited by the Talbot family for almost 800 years.

The castle, accessible by guided tour and surrounded by stunning gardens, is one of the most popular historic sites you can get to by Dublin bus.

The Skerries Mills site includes not one but two windmills, as well as a watermill! A guided tour of the site will take you through the development of these technologies and their inner workers, and even gives visitors a chance to try out grinding flour with a quern stone.

Skerries, and neighbouring Rush, contain some of the best-preserved examples of traditional thatch cottages in Dublin.

8. Knocksink Wood, Co. Wicklow – immerse yourself in the outdoors

The 44 bus route features some of the best hikes you can get to by Dublin bus. Close to the pretty village of Enniskerry, Knocksink Wood is the perfect place to immerse yourself in the outdoors.

The large and dense forest park is located in a charming glen, centred around the Glencullen River.

7. Lusk Heritage Centre, Co. Dublin – one of the best sites you can get to by Dublin Bus

The Heritage centre is a hidden gem and includes a round tower dating to the 9th century, a medieval belfry and a spectacular 16th-century effigy tomb.

6. The Scalp, Co. Dublin – for breath-taking views of the surrounding valley

The Scalp has to be one of the strangest named peaks in the Dublin mountains, and it’s certainly well worth a visit! An enchanting woodland trail leads to breath-taking vistas overlooking the surrounding valley.

Walking on a little further at the end of the forest park, your hike can be extended to include the hill of Carrickgollogan which affords magnificent views over the ocean and the city, and the spectacular chimney of Ballycorus Lead Mine.

5. National Botanic Gardens and Glasnevin Cemetery – a stones throw from the city centre

Only a stone’s throw from the city centre, the National Botanic Gardens is one of the loveliest sites you can get to by Dublin bus. Exploring the Victorian great glasshouse is the closest you can get in Dublin to a ramble through a tropical rainforest.

Right next to the Gardens is the equally unmissable Glasnevin Cemetery, the final resting place of many of Ireland’s most famous figures including Daniel O’Connell.

4. Kildruddery House, Co. Wicklow – one for the movie-goers

Kilruddery House is a captivating mansion, a 30-minute walk or a 5-minute bus ride from the coastal town of Bray.

Built in the 17th century and restyled into its current striking form in the 1820s, moviegoers might recognise Kilruddery House from such My Left Foot, Far and Away or Angela’s Ashes.

3. Bray Head, Co. Wicklow – one thing to do in Ireland before you die

Scaling Bray Head is one thing in Ireland you must do before you die! The views from this iconic landmark are a truly mesmerising spectacle. The Bray to Greystones cliff walk is also well-worth doing, especially when it ends in a trip to the famous Happy Pear restaurant in Greystones!

If you’re not in the mood for climbing, a stroll along the Bray seafront is also very pleasant, and the town of Bray itself is a great place for food (especially ice-cream)!

Castletown House in Celbridge, Co. Kildare, the largest Palladian mansion in Ireland, is stunning inside and out.

Step back in time and discover the fascinating history of the Connolly family, (including Thomas Connolly’s alleged run-in with the Devil!) and bask in the splendour of the finest in 18th-century design.

Howth Head is one of the most picturesque sites you can get to by Dublin bus; you won’t believe you’re so close to the city! Howth Head offers a wealth of hiking routes to suit all abilities, but our favourite follows the cliffs from Howth to Sutton.

Alongside the pier and the cliffs, Howth’s many attractions include Howth Castle, the National Transport Museum, St. Mary’s Abbey and the Hurdy-Gurdy Radio Museum. If you’re lucky, you might see seals in Howth harbour!

If you’re looking for a bus tour of Dublin City, check out this one! 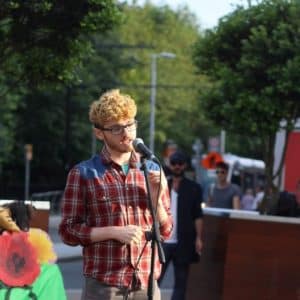